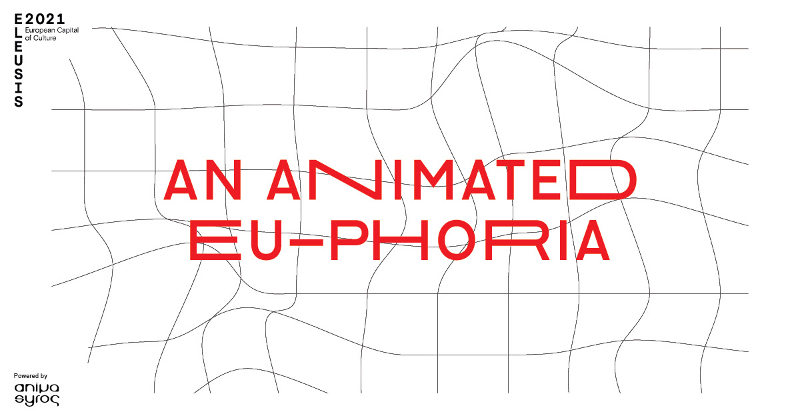 The “Transition to EUphoria” means the establishment of a new model of sustainability that places sustainable art and culture at the core of every human activity. This competition is organised to promote the message of Eleusis 2021 ECoC on a European and global level through an original medium such as animation and to visualise the “transition” in order to introduce the general public to the goals, as well as the artistic vision and programme of Eleusis 2021 ECoC in a clear and unambiguous way.

Who is it addressed to?

Directors, producers, professional and amateur animators are invited to produce their own animation film in the context of the European Animation Competition programme “An animated Euphoria”

The programme of Eleusis 2021 can be summed up by the phrase “Transition to EUphoria”. Transition refers to the current conjuncture of Europe, an important aspect of which is the Greek crisis of the recent past. It also refers to the redefinition of the content of sustainability, both socially and economically. It becomes the most important common challenge faced today by Eleusis, Greece and Europe.

EUphoria is a word designed to describe the ability of art and culture to become the catalyst for a transition to a sustainable future on a local and European level. The idea of EUphoria was based on the fact that the digraph EU appears in both the words Europe and Eleusis. It is the point where Eleusis meets Europe. On a semantic level now, EU is the acronym of the European Union, that is, the symbol of united Europe, while, transcribed in Greek, it coincides with the “eu”. In Greek, the adverb “eu” denotes the good, not in a moralistic but in a much deeper sense. “Eu” is the good that has the ability to transform and upgrade its environment. But this is also the basic property of art and culture. Thus, “eu” is essentially equivalent to art and culture, and EUphoria – which in Greek means “to bear well” – states the positive impact of the arts and culture, as well as the beneficial influence of Europe should it decide to put art and culture at the foundation of its development.

Although small in size, the historic city of Eleusis resembles Europe to such an extent that we could call it a miniature of the continent. That is why it can be an ideal place to study the major social and economic challenges Europe faces today. At a social level, much like the continent is made up of many different nations, the population of Eleusis consists of people coming from many different places. A common feature in both cases is the fact that these populations are not linked to each other by past ties – because of their origins, common images, customs and traditions – but by the ties of the present and the future, that is by their shared desire to build a community for themselves and their children. At an economic level, Eleusis faces the same challenges as post-industrial Europe. The challenge of a balanced development that ensures work for all while respecting natural resources and the citizens’ quality of life.

Participants are free to select their own technique, while music must be original and each deliverable cannot last more than thirty seconds (30”). The winner will receive €1500, while second and third place will receive €500 each.

The artistic team of Animasyros has an extensive know-how and experience in the art of animation and will provide the editing of the technical and creative aspects of the competition, in order to select the appropriate Greek and European artists. The films will be evaluated by a nine-member jury consisting of established professionals in the fields of animation and culture from Greece and Europe.

Meanwhile, in order to promote the project at the local level and multiply its impact, there will be three three-hour long sessions of applied workshops dedicated to mixed-technique animation with the participation of students and young adults in Eleusis.

The workshop themes will include the three main themes of Eleusis 2021 (EUnvironment, EU Working Classes, Eurbanisation) and the final product will be short films with a maximum running time of 60’’ produced by the participants.