The Rhythm of the Clay:Strata-cut animation workshop by Tomek Ducki & Gina Thorstensen, October 2020 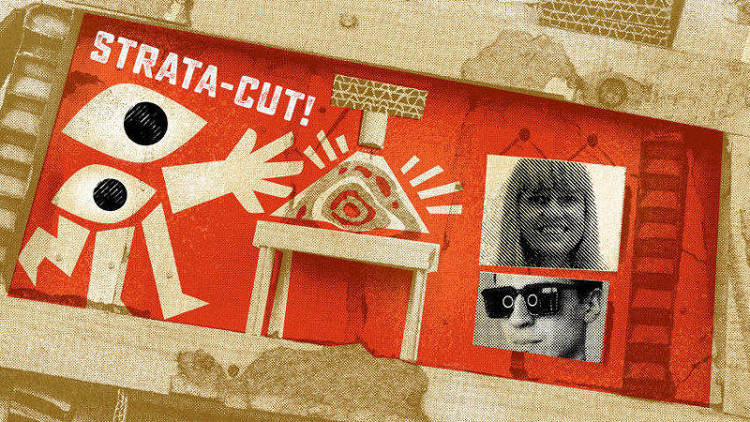 This year Primanima World Festival of First Animations has opened a call for its 4th international workshop. The three-day workshop by Tomek Ducki and Gina Thorstensen is centered around one of the most singular clay animation techniques, strata-cut. During this experimental animation workshop, the participants can learn the tricks of strata-cut and can combine it with other clay animation techniques. Under the guidance of two acclaimed animation directors and artists, the participants will create a joint music video. Therefore, the second focus of the workshop is on the possibilities of animating to music and rhythm, and how to represent the various musical instruments, the moods, emotions and musical styles conveyed by music.

The forerunner of strata-cut, which is often called 'sliced up' animation, is the renowned German avant-garde filmmaker Oskar Fischinger, who had experimented with the technique in his abstract films in the 1920s. In one of the first full-length animations, The Adventures of Prince Achmed by the German Lotte Reiniger strata-cut was also used as the background effects of the silhouette animation. While Fischinger was working with wax blocks, clay strata- cut became emblematic during the '80s MTV-era because of the American David Daniels' music videos, spots and commercials (see Peter Gabriel: Big Time).

Strata-cut is very different from other classical techniques, since it is much more difficult to plan the sets as there is a lot of unpredictability. This is also an advantage of the technique, which is primarily used to create abstract compositions, but it will also be possible to realize figurative concepts during the workshop at Primanima.

Tomek Ducki (1982, Budapest) is a Hungarian–Polish filmmaker and designer. Creator and director of multi-award winning animated shorts and music videos. He graduated from the Moholy-Nagy University of Art and Design in Budapest (MOME) and from the National Film and Television School in London. For the last ten years he mostly lives in Krakow. His short films: Life Line (2007); Silent Touch (2010); Baths (2013)

Gina Thorstensen (1980, Eisdsvoll) is a Norwegian multifaceted artist who works in very diverse fields such as illustration, wall painting, sculpture, puppets, animation and video art. She graduated in Escola Massana (Barcelona, 2005). Currently studying for her masters in film and new media at the Norwegian Film School in Oslo. Her artistic work has been rewarded and shown in exhibitions, publications and film festivals around the world. As a director, animator and designer she made several music videos for artists such as Gotye, LCAW feat. Sophie Ellis-Bextor in collaboration with Nacho Rodríguez and Tomek Ducki. Her most recent project was background design and art direction for Marona’s Fantastic Tale, an animated feature film directed by Anca Damian.


APPLICATION PROCESS &PRACTICAL INFO:
The workshop is intended for animation, art and film students and professionals. Send your online portfolio (Vimeo-link to your films, tumblr page etc.) and a short motivational letter to This email address is being protected from spambots. You need JavaScript enabled to view it. by October 6th.

12 applicants will be selected to participate in the workshop. The workshop will take place October 27–29 at BABtér, Budaörs, Hungary. The language of the workshop is English. The participation fee is 150 EUR, which includes accommodation in shared bedrooms with breakfast, meal vouchers and an accreditation to Primanima World Festival of First Animations (30 October – 2 November).