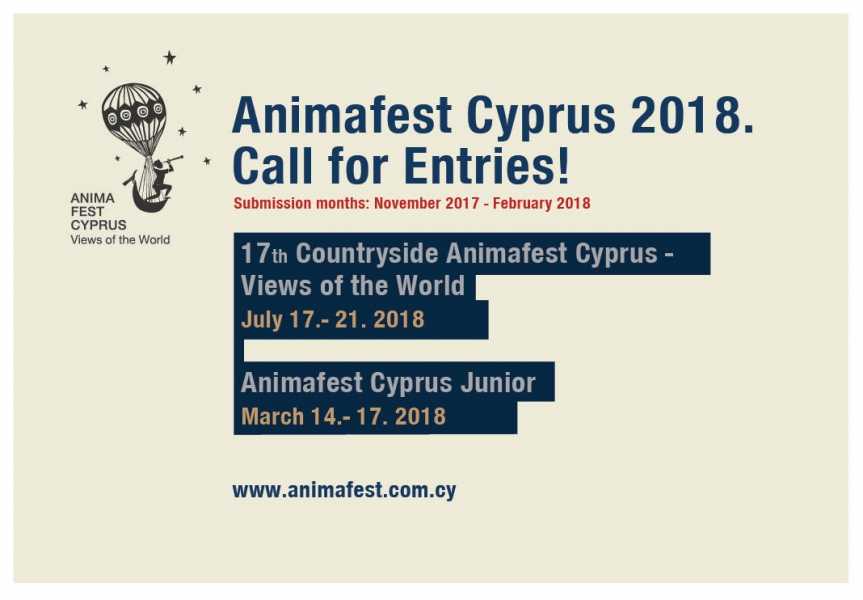 17th Animafest Cyprus Views of the World (17-21 July 2018) announces the call for film submissions and invites you to submit your films to the following competition categories.

Eligibility: Short films must be completed after January 1st, 2017

There is no entry fee.