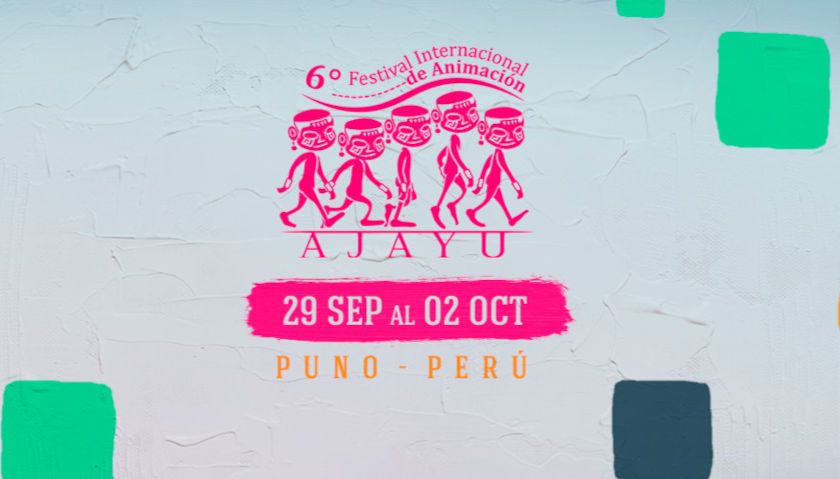 The Ajayu Festival is a window so that the world of animation can be seen taking advantage of the celebrated days of the city of Puno, generating diverse public through their projections, talks, advice and workshops. Ajayu seeks to revalue the artistic expression of animation, through the cultural exchange that is in the animated productions.

The 6th Ajayu International Animation Festival is a cultural activity organized by Sapa Inti Estudios and the Ajayu Cinematographic Association, which, despite the pandemic situation that our country and the world is going through, this year will carry out its edition again virtually in strict respect of the health and safety measures proposed by the Peruvian state.

This event, which in turn hosts different cultural activities, has positioned itself throughout its trajectory in these years uninterruptedly becoming a transcendental activity for the Animation industry in our country.

This year with its sixth edition, to be held from September 29 to October 2, 2021, the commitment to show the artistic expression of animation is renewed, guiding its thematic axis on the native woman and her role in different areas, reflected in animated productions and ancestral cultural events.

In this festival, as usual, artists from the animated audiovisual field and other disciplines will participate, coming from the Puno region, Peru and various countries around the world, who through their expression will make this virtual edition a contemporary Andean experience.

Animated projects that have been completed as of January 1, 2017 participate.