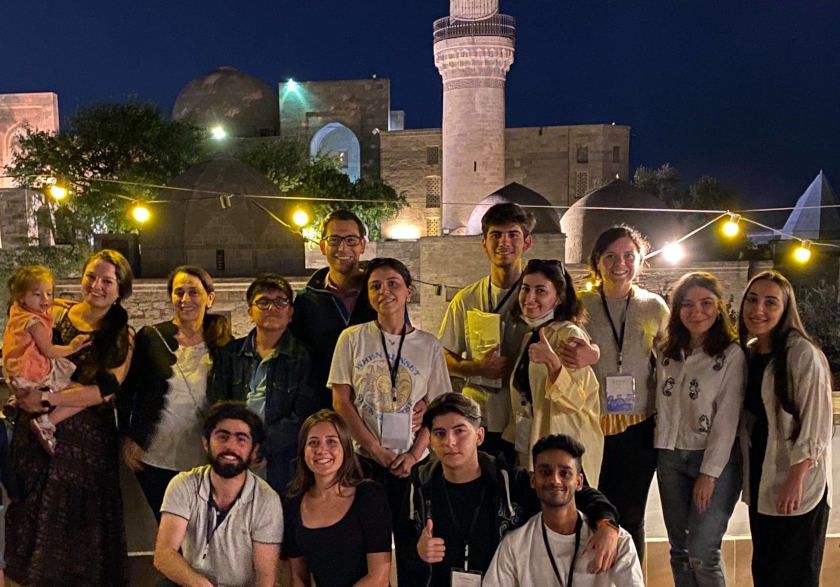 5th ANIMAFILM International Animation Festival will be held in Baku from 7 to 11 September 2022. The theme of the festival this year is CLIMATE CHANGE and will feature a lot of interesting films on this topic, with all revenue from ticket sales going towards planting trees in Azerbaijan.

Selection Results:
The selection committee of the 2nd ANIMAFILM Baku International Animation Festival announces the list of animated films and screenplays that will be included in the competition program.

The selection committee has reviewed 268 applications from 50 different countries and made the following decisions:

Best short animation film (up to 20 minutes)
Of 197 films submitted under this category the selection committee has nominated the following films for the competition:

Best Short Animated Film for Children (up to 10 minutes)
Of 66 films submitted under this category the selection committee has nominated the following films for the competition:

Best original screenplay for a short animated film
Of 13 screenplays submitted under this category the selection committee has nominated the following screenplays for the competition:

The poster for the second Baku International Animation Festival ANIMAFILM was prepared by the famous Czech animation director Filip Pošivač. Two Czech bears are depicted in the poster.

As Czech animation is the subject of the second festival, we decided to turn to one of the most famous Czech animators Filip Pošivač with a request to draw a poster. We are honored to cooperate with him. Filip has a unique style and, I think, he definitely managed to convey that “playfulness” that characterizes Czech animation - Rashid Agamaliyev,  director of the festival ANIMAFILM.

The second festival will be dedicated to Czech animation." When I was considering what motive to send to Azerbaijan, my favorite bears from the city of Kolin won", explains Filip, referring to the famous Czech animated series “Hey Mister, Let's Play!”.  Graphic design of the poster and the website were prepared by a young and talented Azerbaijani artist Nazrin Alizade. The second international animation festival ANIMAFILM (18th to 20th October in Baku) will also employ a rich accompanying program consisting of Czech animation classics. The Czech program of the festival was put together by Miroslava Janičatová, who is also included in the International Festival Jury.

The theme of the first ANIMAFILM festival is "Azerbaijani Animation". In addition to the national competition, which will select the best Azerbaijani short animation film, the audience is offered a number of events dedicated to the history of Azerbaijani animation. The book "Azerbaijani Animation", joint work of local and foreign authors will be presented for the first time. Within the framework of the festival theme there will be an exhibition "ReAnimation", a retrospective of the best Azerbaijani animated films, with the participation of the authors themselves, as well as master classes of professionals.