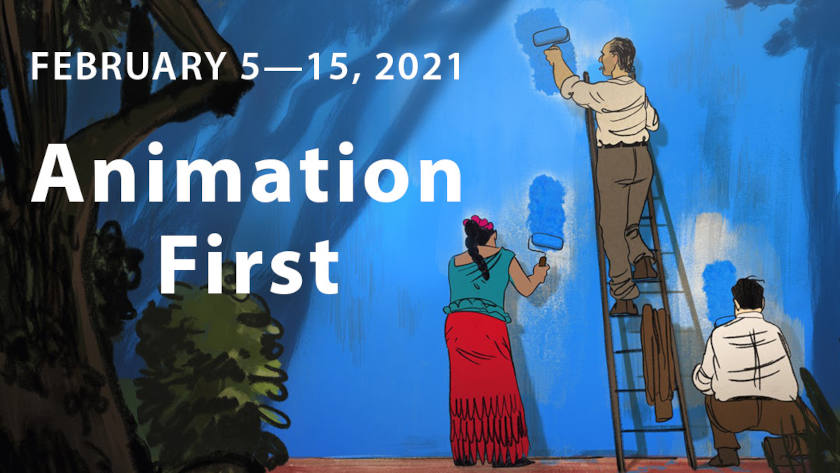 The French Institute Alliance Française (FIAF) announces the fourth edition of Animation First, the only film festival in the US dedicated to the unparalleled legacy and enduring ingenuity of France’s animation studios and schools. Presented for the first time entirely online, the festival will reach a nationwide audience from Friday, February 5 to Monday, February 15.

This year’s Festival highlights include 55 US and 14 NY premieres of feature-length and short films. Wes Anderson, this year’s special guest, has added four animated films that have inspired him to the program. Screenings include new restorations of favorite and lesser-known masterpieces. The Festival will also present works in progress of highly anticipated films, a new student competition, talks with filmmakers, and workshops. Interactive graphic novels as well as engaging augmented and virtual reality programs will be available throughout the Festival.

FIAF President Marie-Monique Steckel said: “This year's Animation First promises to be the richest in the Festival's history. We are delighted to have so many exciting new films, cult classics, and our first American special guest, Wes Anderson. It's particularly gratifying to offer, across the United States, at a very affordable price, the chance to discover the amazing world of French animation.”

All programmes will be available to screen online, unless otherwise indicated. A affordable pass of $20 provides complete access to the entire ten-day Animation First Festival. It is available to purchase at fiaf.org.

ANIMATION FIRST 2020 / NYC’s Festival of French Animation Returns for A Third Edition - Weekend of February 7–9, 2020. Animation First celebrates France’s rich tradition as a pioneer of animation showcasing the ingenuity and diversity of France’s renowned animation studios and schools, and it is the Only US Festival Dedicated to French Animation

Animation First opens with the US Premiere of The Bears’ Famous Invasion of Sicily (2019) by noted illustrator Lorenzo Mattotti on Friday, February 7. This adaptation of the beloved 1945 Italian children’s book by Dino Buzzati marks the debut feature film by Mattotti, who is known for his celebrated New Yorker covers and graphic novels.

The NY Premiere of Anca Damian’s Marona’s Fantastic Tale (2019), nominated for Best Feature at the 2019 Annecy International Animated Film Festival, is one of Sunday’s highlights. The festival will close with its annual presentation of the 2020 César-Nominated Short Animated films, showcasing France’s most notable achievements in this category over the past year.

Around town, Animation First partners with the New York Institute of Technology to present the US premiere of Notre Dame de Paris, The Age of the Builders (2019), on Monday, February 10. This timely look at the grand cathedral’s 850-year history, leading up to the tragic fire on April 16, 2019, will be followed by a Q&A with director Emmanuel Blanchard and motion-capture specialist Jean-François Szlapka.

A special presentation of the critically hailed movie The Swallows of Kabul (2019), the debut film from Zabou Breitman and Eléa Gobbé-Mévellec, anchors Saturday’s program. This adaptation of the eponymous novel by Yasmina Khadra was introduced to New York audiences during a Work-In-Progress presentation at the 2019 edition of Animation First.

The Festival continues on Saturday, February 8, with the US Premiere of The Prince’s Voyage (2019), the most recent film by legendary director Jean-François Laguionie, this year’s guest of honor, as well as his Louise by the Shore (2016). Laguionie is one of the most important contemporary animation filmmakers, and he has been fittingly celebrated with awards, retrospectives, exhibitions, and restorations of his early works. On Sunday, February 9, FIAF will present a newly restored print of his debut feature Gwen and the Book of Sand (1982), and a program of his shorts including his breakthrough “Rowing Across the Atlantic,” which received a Palme d’Or at Cannes. His acclaimed The Painting (2011), will be shown in two programs geared toward young audiences (Feb. 5 and Feb. 7), and the director himself will discuss his storied career and preview excerpts of his forthcoming film Slocum (Feb. 8). In conjunction with the Festival, Laguionie will conduct masterclasses with students at the Pratt Institute and the School of Visual Arts.

Building on its legacy of sharing sneak peaks of anticipated works and insider looks at noteworthy projects, Animation First will offer fascinating insights across several revealing programs. On Saturday, Benjamin Massoubre, editor of the award-winning I Lost My Body (2019), will give a behind-the-scenes presentation into the creation of this film, following a free screening of the feature. Later that day, Laguionie will present excerpts of his next film, Slocum, as part of a wide-ranging discussion, and directors Phuong Mai Nguyen and Charlotte Cambon de Lavalette will discuss the process of adapting Penelope Bagieu’s best-selling graphic novel Brazen, highlighting the lives of 30 extraordinary women.

On Sunday, Cambon de Lavalette and Nguyen will be joined by director Anca Damian, writer Anik Leray, and producer Valérie Schermann for a Women in Animation panel covering equal representation in the industry; Lorenzo Mattotti will discuss his debut feature film, The Bears’ Famous Invasion of Sicily, as well as his work as an illustrator with New Yorker art editor Françoise Mouly: and director Jérémie Périn (Lastman) will present clips from his debut feature film, sci-fi thriller Mars Express, along with screenwriter Laurent Sarfati and producer Didier Crest.

Throughout the festival, visitors will be able to sample an array of new video games and virtual reality programs benefiting from France’s prolific animation industry for free in the FIAF gallery. This year’s exhibition includes the 14-minute documentary Accused #2, Walter Sisulu, which takes you inside the trial of Walter Sisulu, an anti-apartheid activist in South Africa, using the restored audio recordings. Also on display is the interactive virtual reality puzzle, A Fisherman’s Tale, a surrealistic adventure game, and Gloomy Eyes, a virtual reality experience, voiced by Colin Farrell.

From the Curators
“As we launch our third Animation First festival, we see this medium excel at sharing the untellable and depicting the unimaginable," said festival co-curators Delphine Selles-Alvarez, FIAF’s Film Curator, and Catherine Lamairesse, Director of Special Projects at FIAF. "Jean-François Laguionie was a pioneer in pushing animation beyond children’s stories to the realms of philosophy. Meanwhile Zabou Breitman and Elea Gobbé-Mévellec find humanity in the depths of unthinkable cruelty through the ethereal The Swallows of Kabul. And this year we see the grandeur—before tragedy hit—of Paris's most beloved monument come to life through 3D technology in Notre Dame du Paris, The Age of Builders. Each work presents its own world with a unique aesthetic and memorable characters, and we are thrilled to share them with New York audiences.” 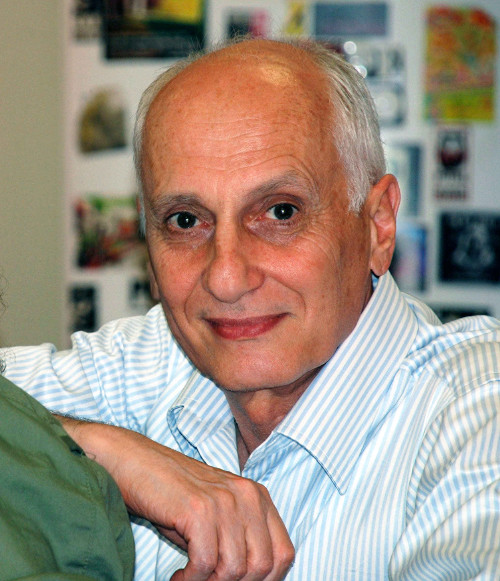 Legendary director Michel Ocelot is this year’s guest of honor, and the festival will open with his groundbreaking feature, Kirikou and the Sorceress, celebrating its 20th anniversary. When it was first released in 1998, this enchanting film fusing African myth, stunning imagery, and a sophisticated sensibility that attracted both adults and children, broadened the scope of what animation could accomplish on screen.

Ocelot’s work will be surveyed through screenings of two other feature films: Azur & Asmar: The Princes' Quest (2006) and Ivan Tsarevitch and the Changing Princess (2016). In addition, Ocelot will pay homage to the filmmaker Isao Takahata, a co-founder of Japan’s legendary Studio Ghibli who passed away earlier this year. He will introduce a screening of Takahata’s feature film Only Yesterday(1992). Ocelot will also curate a program of influential shorts and participate in a discussion about his body of work.

This year’s Animation First festival will present no fewer than eight US and nine New York premieres, from feature-length films to award-winning shorts. Denis Do’s Funan, which won the Cristal Award for best feature at the 2018 Annecy International Animation Film Festival, will receive its anticipated New York premiere. This harrowing and semi-autobiographical film, set during the Khmer Rouge uprising in Cambodia, follows a young mother whose 4-year-old son was taken away from her.

Animation First will also present a selection of notable and award-winning shorts from Annecy, the most prestigious animation film festival in the world, as well as a program featuring all of the animated shorts nominated for the 2019 César Award in that category.

Animation First will also look back to France’s historic contributions to the form with a special focus on the pinscreen instrument. Developed by the husband-wife team of Alexandre Alexeïeff and Claire Parker starting in the 1930s, the pinscreen is a device composed of thousands of holes in which pins slide back and forth. As they slide in and out of their holes, the pins cast shadows of varying length on the screen, which create unique and exquisite textural effects that cannot be reproduced digitally. Traditional stop-motion techniques are then employed to animate the images. A screening of short films, from 1933’s Une Nuit sur le mont chauve to 2018’s Etreintes, demonstrate the striking effects produced by this painstaking method. Further exploring this medium, Animation Firstwill present a panel discussion with pinscreen artists as well as two workshops demonstrating how the device works. 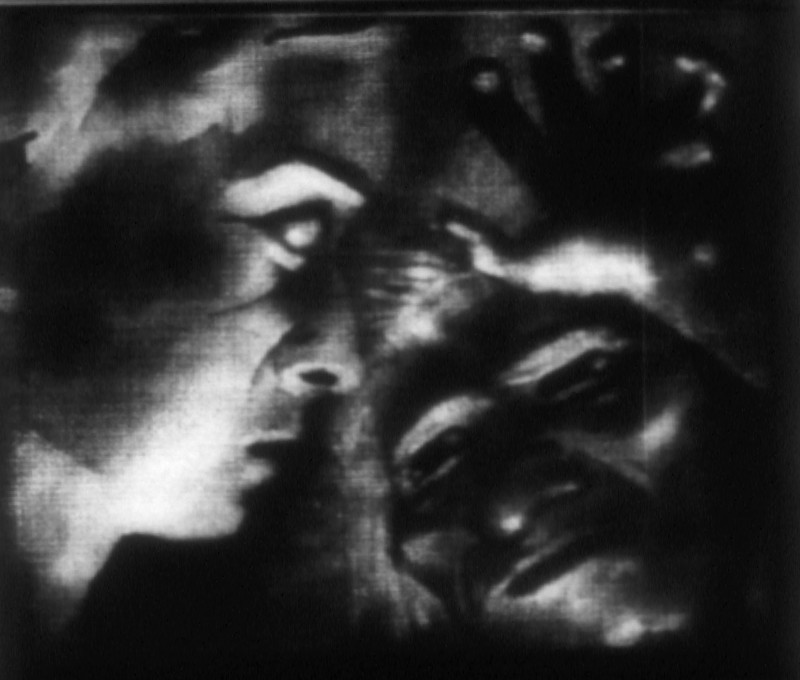 In conjunction with Animation First, Times Square Arts will present the short film I was crying out at life (2009) by artist Vergine Keaton as its nightly Midnight Moment throughout January. Keaton is one of at least 16 female filmmakers whose work will be screened throughout the festival.

In addition to the film screenings, FIAF will explore myriad facets of France’s prolific animation industry through exhibits, panels, discussions, and hands-on workshops. Visitors will be able to play a selection of French video games, including a demonstration of Assassin’s Creed organized in partnership with the City of Bordeaux, and experience an augmented reality exhibit through a special app in FIAF’s first-floor gallery.

In a special program, co-directors Zabou Breitman and Eléa Gobbé-Mévellec will present an exclusive look at the work-in-progress The Swallows of Kabul, based on Yasmina Khadra’s novel about life under Taliban rule, and discuss their collaboration on this upcoming feature.

“It is thrilling to bring Michel Ocelot to New York audiences. The release of Kirikou and the Sorceress is among the most transformative moments in French animation from the past several decades,” said festival co-curators Delphine Selles-Alvarez, FIAF’s Film Curator, and Catherine Lamairesse, Director of Special Projects at FIAF. “But Kirikou is only one example of artistic innovation in French animationthat Animation First will explore, from the invention of the legendary pinscreen instrument to contemporary works in augmented reality and video games.”

This year’s festival was conceived in partnership with the City of Bordeaux. In recent years, the region has become a burgeoning market for animation, gaming, and virtual reality, attracting the Cartoon Movie and new Ubisoft studio. Seven films and two video games from Bordeaux Games were produced in the city and will be featured in this year’s edition.

“It’s an honor to be able to showcase Bordeaux’s talented artists and filmmakers on this side of the Atlantic,” said Alain Juppé, the mayor of Bordeaux. “It has been a priority of mine to support the creative industries within our region, so I am delighted that they will be presented as part of FIAF’s Animation First festival.”