3 animated finalists at the student Oscars

The Academy of Motion Pictures Arts and Sciences (a.k.a Oscars) announced its 3 finalists for the student Oscars in the animation category. 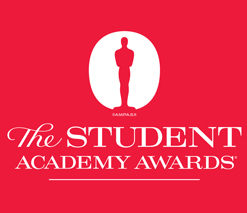 The Student Academy Awards have a tradition of their own. In their 38th edition this year, twelve students from nine U.S. colleges and universities and three students from outside the U.S. have been selected as winners.

In the animated category, 3 winners emerged that will share the Gold, Silver and Bronze Medal in the awards ceremony on Saturday June 11, the Academy’s Samuel Goldwyn Theater. The final recipient of each award will be revealed in the ceremony.

Read the report on AnimationMagazine. Watch Correspondence here and Dragonboy below: