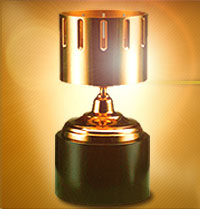 The slate of nominations for Best Animated Features this year includes:

Blue Sky's Ice Age 4 and Dreamworks' Madagascar 3 were left out of competiition for best feature film, but they rewarded with 3 and 4 Annie nominations respectively in the various Annie categories.

2 nominations for the French religious comedy, Rabbi's Cat (Joann Sfarr), and a director's nod to another French film, Zarafa.

"I am very exited about this year's slate of nominees!" remarked ASIFA-Hollywood president, Frank Gladstone. "We had more submissions to choose from this year than for any prior year in Annie Award history, running the gamut from big studio features to indie films, television series to internet shows, games, shorts and, for the first time, student films, all showcasing the huge variety of venues, creativity, technical innovation, and story-telling that our art form has to offer."

Three Winsor McCay recipients have been selected by the ASIFA-Hollywood Board of Directors - Oscar Grillo, Terry Gilliam and Mark Henn for their career contributions to the art of animation; June Foray Award – Howard Green for his significant and benevolent or charitable impact on the art and industry of animation; and Ub Iwerks – Toon Boom Animation/Toon Boom Animation Pipeline for technical advancements that make a significant impact on the art or industry of animation.

The Oscar-awarded Rango was the recipient of 4 Annie Awards in the 2012 awards ceremony. The 40th Annual Annie Awards will take place on February 2, 2013 at UCLA's Royce Hall, in Los Angeles, California.

View all the nominations at Annie Awards official page.