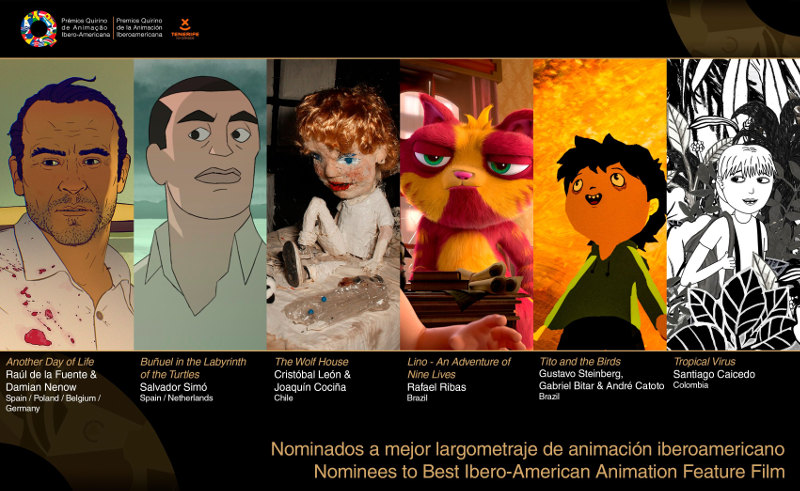 Spain and Brazil are the most represented countries, with 21 and 13 nominations respectively.

The Ibero-American Animation Quirino Awards have revealed the titles nominated in the nine categories of its second edition, which will be held on April 6th in Santa Cruz de Tenerife (Spain). The selection reflects, for the second consecutive year, the diversity of works that are produced in the Ibero-American area, combining works of acclaimed filmmakers with works of new talents. The list includes the latest films by directors such as the Argentinians Sebastián Mignona and Cecilia Atan, the Chileans Gabriel Osorio and Álvaro Ceppi, the Spanish Raúl de la Fuente and the Brazilian Rafael Ribas, among others. The selection committee, made up of the Polish Agnieszka Kowalewska-Skowron, the French Loïc Portier, the Irish Barry O'Donoghue, and the Spanish Paco Rodríguez and Zulay Rodríguez, had the difficult task of selecting the nominated works among the 244 applications received.

The plurality of countries represented highlights in the list of nominations, a total of eight (Argentina, Brazil, Chile, Colombia, Spain, Mexico, Peru and Portugal), led by Spain (21 nominations), Brazil (13) and Argentina (8). Three Spanish works share the leadership with the highest number of nominations (3): the short films La noria and Mum’s the Word; and the commissioned work Lorenzo Live 2018 Intro; while eleven works aspire to be selected in two categories. In terms of techniques, it’s worth mentioning the presence of works made in 2D, 3D and stop motion, as well as experimentation with others, such as Cut Out, rotoscopy or sand animation. With a broad representation of films aimed at young and adult audiences, six feature films aspire to the Quirino Award: the Brazilians Tito and the Birds and Lino - An Adverture of Nine Lives; the Spanish Another Day of Life and Buñuel in the Labyrinth of the Turtles; the Chilean The Wolf House and the Colombian Tropical Virus. It is a selection headed by content aimed at young and adult audiences.

Six works compete in the series category, dominated by Brazilian production, with three titles: Cupcake and Dino: General Services, Jorel's Brother - Be Broccoli! and Super Drags. Chile follows with Petit and the second season of Paper Port Season 2 - The Lives of Others (the first season was awarded with the 2018 Quirino Award); while the fifth nominee is the Spanish Cleo & Cuquin.

In the short film category, there are six selected films: the Portuguese Augur and Between the Shadows, the Spanish La noria and Mum's the Word, the Brazilian Guaxuma and the Argentinean Ian, a Moving Story. It is worth noting the presence of female directors in the category of school short films, in which they represent 50% of the nominated works: the Mexican Carnival and Reverie, the Spanish Aazar and Patchwork, the Brazilian 8 Patas and the Portuguese The Hat. 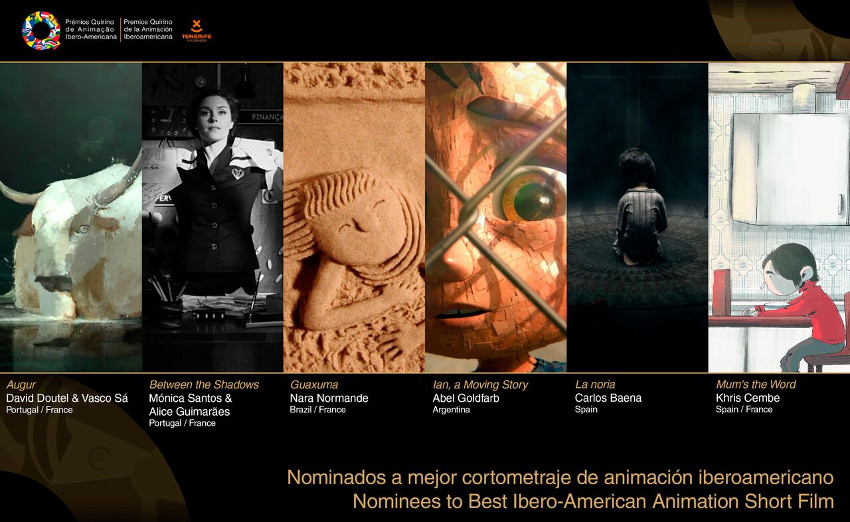 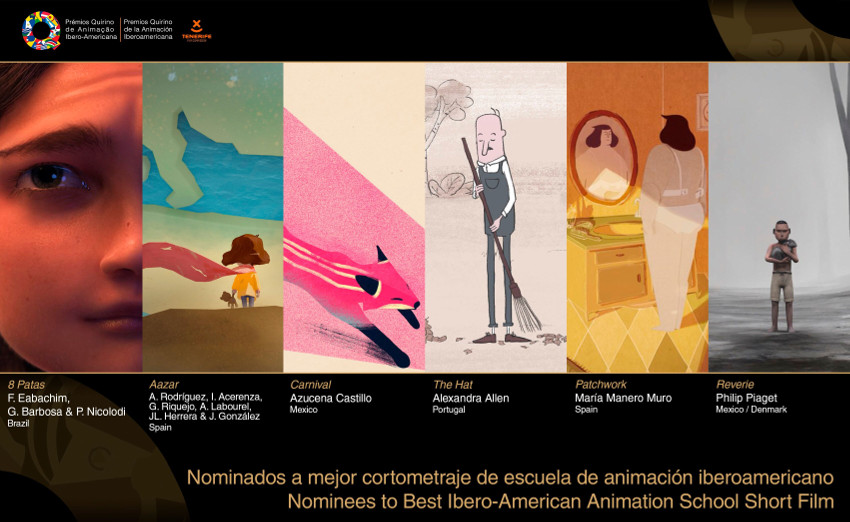 The nominated works will be evaluated by an international jury, which will select three finalist works in each category. The selection will be announced in Madrid on February 19th in a press conference at Madrid's Casa de América, which will be broadcasted online.

The Ibero-American Animation Quirino Awards keep the calls to participate in the Coproduction Forum and the International Congress open, the two professional activities that will take place on April 5th and 6th. The pre-registration for the Co-production Forum, aimed at companies, producers or IberoAmerican television channels or with interest in Ibero-America, is open until January 30th. Among the companies registered there will be a selection, which will grant free accreditation and preference in participation. Later, a second registration phase will be open until February 7th, in which the accreditations will cost 60 euros. The meeting will bring together professionals from the region in B2B meetings, round-tables and presentations on the state of the industry in different territories. In the last edition, the Forum brought together more than 300 professionals, being, according to the participants, a necessary and useful meeting point for the animation industry. The second edition of the International Congress, which seeks to promote an interdisciplinary exchange between the academy and the profession around animation and technology, receives proposals until January 30th. The selection will be notified on February 14th.

The awards are named in honour of the creator of the first animated feature film, the Italian Argentinian Quirino Cristiani, who in 1917 directed El Apóstol; an Argentinian production where 58.000 handmade drawings in 35 mm were used besides several miniatures that represented public buildings and the streets of the city of Buenos Aires. In 2018, the Mexican feature film Αna and Bruno by Carlos Carrera, the series The Tiniest Man in the World by the Argentine Juan Pablo Zaramella and the Spanish short film Decorado by Alberto Vázquez were the works recognized in the main categories.

The Quirino Awards have Cabildo de Tenerife as its main sponsor through the Tenerife Film Commission, reflecting the determined commitment that is being made for the animation for years on the island, not only with these awards but with the presence in the main events and markets, attracting new companies, as well as with the support to the flourishing local sector. The initiative also count on the sponsorship of ICEX Spain Export and Investment, Town Hall of Santa Cruz de Tenerife and Tenerife Espacio de las Artes (TEA); the collaboration of ICAA, Ibermedia Program, Fundación Cultural Hispano Brasileña, Brazil Embassy, Auditorium of Tenerife, University of La Laguna and RTVE; and the support of DIBOOS, SAVE, Pixelatl, Ventana Sur Animation!, 3D Wire, La Liga de la Animación Iberoamericana, Tenerife Moda, TLP Tenerife, Annecy Festival, and Polytechnique University of Valencia, as well as the associations: APA - Asociación de Productoras de Animación of Córdoba Argentina; ANIMAR CLUSTER – Argentinian Cluster of Animation & VFX; ABCA - Associação Brasileira de Cinema de Animação; Animachi Chile; GEMA Colombia - Grupo de Empresarios de Animación; Gremio de Animadores of Ecuador; ACDMX - Asociación de Creativos Digitales of México; Perú Animación and Casa da Animaçao of Portugal.

The awards are named in honour of the creator of the first animated feature film, the Italian-Argentinian Quirino Cristiani, who in 1917 directed El Apóstol. Quirino Awards will take place on April 5th and 6th in Santa Cruz de Tenerife (Spain).