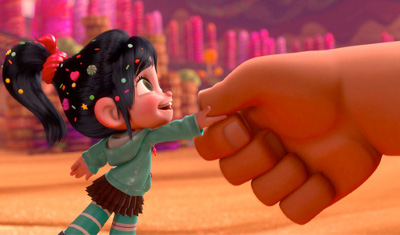 Its Oscar rival, the UK stop-motion short, Head over Heels by Tim Reckart won the Annie for best student short film, a new addition to the Annie categories.

Three Winsor McCay recipients were selected by the ASIFA-Hollywood Board of Directors - Oscar Grillo, Terry Gilliam and Mark Henn for their career contributions to the art of animation; June Foray Award – Howard Green for his significant and benevolent or charitable impact on the art and industry of animation; and Ub Iwerks – Toon Boom Animation/Toon Boom Animation Pipeline for technical advancements that make a significant impact on the art or industry of animation.

The Oscar-awarded Rango was the recipient of 4 Annie Awards in the 2012 awards ceremony. The 40th Annual Annie Awards took place at UCLA's Royce Hall, in Los Angeles, California.

View all the winners at Annie Awards official page.