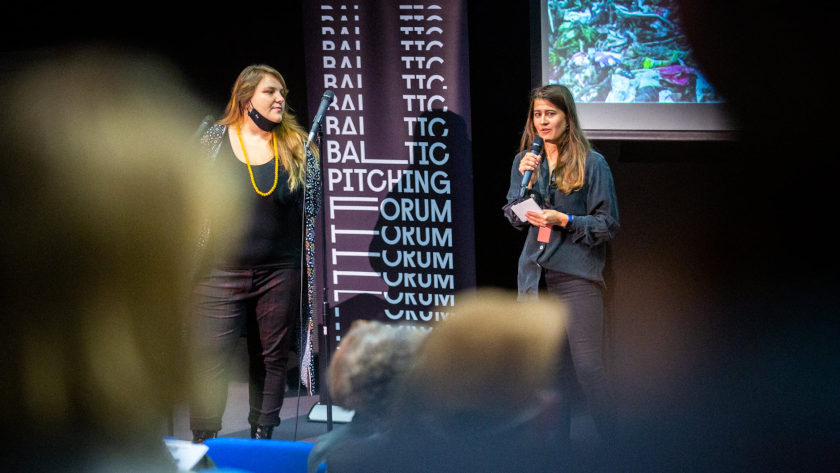 The Baltic Pitching Forum consists of an online script consultation and a three-day training and pitching event. Individual consultations with an experienced scriptwriting expert will take place the first weeks of September and the Forum event – on 6-8 October 2022 in Vilnius. The Forum will be held on-site with public lectures and pitching sessions streamed virtually.

Since 2019, Baltic Pitching Forum has been expanding its horizons by inviting one Guest Country to present its newest short film projects alongside Lithuanian, Latvian and Estonian filmmakers. Norway is going to be the Guest Country for the Baltic Pitching Forum 2022. Three Norwegian short film projects will be selected to participate at the 10th edition of the Forum.


ELIGIBLE APPLICANTS
Film directors and/or producers who are citizens of Estonia, Latvia, Lithuania and Norway or have a right of a permanent residence in the countries mentioned above.*
Applicants must have finished at least one short film project and are developing a new project which is:
● fiction, animation, hybrid (documentary projects are not eligible)
● in the development stage (the production should start no earlier than 2023)
● up to 30 minutes
● aimed at the international audience

Filmmakers are allowed to submit more than one project with a separate registration form for each submission.
Projects that have previously been submitted to the Forum will not be accepted.

Material Needed:
● synopsis (up to 100 words)
● script or treatment (if submitting with the treatment, please note, that in case
of selection You will be asked to deliver the script by 1 September 2022)
● director’s statement
● short biography and filmography of director and producer
● links to the director’s previous work
● financial and distribution plans (not mandatory)
● visual reference material (not mandatory)
The application form and additional material have to be prepared in English. Incomplete applications will not be accepted.

The BPF Panel will award two Short Film Projects* with participant rights at the following events:
● European Short Film Co-production Forum EURO CONNECTION which is a part of the Clermont-Ferrand International Short Film Market
(co-funded by Europe Creative MEDIA Programme). The producer of the Baltic winner-project will be invited to attend EURO CONNECTION in 31 January - 1 February 2023 in order to pitch again their project to a new international audience of industry professionals.
● TSFM and its new initiative YOU ONLY PITCH TWICE. It is a pitch session for short film projects that have been previously presented at
another pitching event prior to TSFM vol. 7. The director or the producer of the winner-project will be invited to attend TSFM vol. 7 in December 2022 in order to pitch their project to a new audience of industry professionals.
● Baltic Producers Jury, consisting of three experienced producers from Estonia, Latvia and Lithuania, will select the Best Short Film Project and award it with a Baltic Producers MEDIA Award* – 1000 EUR cash prize.