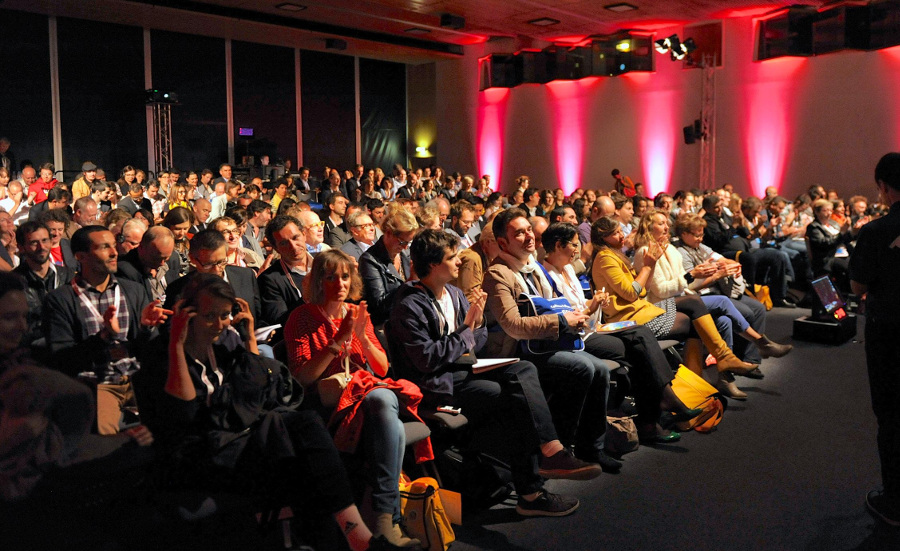 CARTOON Springboard is a new pitching event where young talents of European animation schools will be able to pitch their project in front of a panel of experts from the audiovisual world.

The 3 day-event will focus on 2 parts:

The event is supported by the Creative Europe - MEDIA programme of the European Union, and Generalitat Valenciana, Institut Valencià de Cultura and the Polytechnic University of Valencia.

The 2022 event will take place in Madrid. Madrid, as a region and as a city, is becoming a prominent actor in the industry of European animation.

WHO CAN PRESENT A PROJECT?

WHICH PROJECT CAN BE SUBMITTED?

TV series are the dominant format, accounting for 70% of the projects, but the selection also includes 3 feature films, 1 TV special and 1 project designed for new media platforms. Most of the directors are making their debut behind the camera, while half of the works are directed by two directors. 65% of the 39 directors are women.

The selection also includes projects by graduates from the LUCA School of Arts, and ENSAV - La Cambre (Belgium), Faculty of Political Science of Zagreb University (Croatia), The Animation Workshop/VIA University College (Denmark), Animation Dingle The Big Pitcher (Jam Media), and Athlone Institute of Technology (Ireland), and Barcelona’s La Salle-URL, and L'idem (Spain). One project is presented by students in their final year of graduation.

Following a trend detected last year, animation aimed at young-adult audiences rises to the top with 7 works, followed by projects for family audiences with 6 works. The selection also includes 4 works aimed at Preschoolers, and Children, and 3 to Teenagers.

Most of the projects are created in 2D animation except for two in 3D, one in stop motion and three using hybrid animation.

19 projects have been selected at those events after their participation in Cartoon Springboard, confirming the success of this initiative.

The shortlist for this Cartoon Springboard’s sixth edition is defined by the originality of concepts, stories & themes, with projects about friendship, love, hope, identity quest, and environment. The projects hail from Austria, Denmark, Estonia, France, Germany, Hungary, Ireland, Italy, Netherlands, Serbia, Spain and UK, and more than half of them have been conceived for the Young Adults/Adults audience, a growing trend in European animation. The selection also includes projects for Children, Family, Pre-schoolers, and Teenagers. Format-wise, TV Series make up the overwhelming majority followed by Web Series and Feature Films (17, 3 and 2, respectively).

The group of experts in charge of guiding the project leaders is made up of acquisition and development managers from streaming platforms and tv channels’ such as Sony Pictures Television, Adult Swim, Ketnet/VRT, France Télévisions and BBC Children, as well as consultants, scriptwriters and animation producers from companies such as Peekaboo Animation, Lightning Sprite Media, Blue Spirit Productions, Haruworks, Cartoon Saloon, Storyegg, MIAM! Animation, Dandelooo and Laïdak Films.