The Feature premieres section showcases 4 international films: Have a nice day - Hao Ji Le (by Jian Liu, 2017, China), Your name - Kimi no na wa (by Makoto Shinkai, 2016, Japan), Aunt Hilda - Tante Hilda (by Jacques-Remy Girerd, Benoît Chieux, 2013, France) and a national premiere of the long-awaited The Breadwinner (by Nora Twomey, 2017, Ireland). The film is a co-production between Canada, Luxembourg, and Ireland, and had its world premiere at Toronto's TIFF 2017. Directed by Nora Twomey, co-produced by Tomm Moore and Angelina Jolie.

From the World selection of the festival, 2 screenings of the New Polish animation art are highlighted. Carousel Films also presents an Introduction to Greek animation. The Animation from Argentina programme tops the country’s exploration with a special masterclass in Argentinian animation with Argentinian jury member, stop-motion animation director Javier Mrad.

Angewandte animation section features Experimental films from Vienna and Negative spaces present a selection of the Best of Fantoche Animation Festival. A special section with films of Don Hertzfeldt has also made the cut to the final programme.

The Focus on Finland programme section includes stop-motion, mix-tape, new wave and animations from Turku academy screenings. The country focus culminates with a masterclass by Katariina Lillqvist, a Finnish-born director and scriptwriter who lives and works in Czech Republic. She is chairperson of film co-operative Camera Cagliostro (FI/CZ), producer in animation studio Mamiwata (CZ) and the driving force behind Prague Puppet Museum (CZ). Following her retrospective show, Katariina offers an insight into her working methods. A second masterclass by Pink Twins deepens the Finnish exploration: Pink Twins is a duo of visual artists and electronic musicians, brothers Juha (b. 1978) and Vesa Vehviläinen (b. 1974), based in Helsinki, Finland. Their videos work on the crossing of visual art and music. Just ahead of their live show as part of this year's Animated Night, the twins offer an insight into their working methods.

The kids’ section will showcase 2 feature films and 1 selection of shorts especially for kindergarteners, alongside with 1 selection for pre-teens and a last one for teenagers.

The programme is framed by interesting side events, such as the Anima Jam Intro - the guest professionals of the festival meet up in Magvető Cafe to create a unique animated music video together during Anilogue. The audience can, of course, be part of the filmmaking experience.

The Angewandte animation features an exhibition by the students of the Studio for Experimental Animation at The University Of Applied Arts in Vienna. It was founded by Maria Lassnig, the former Professor of the painting class at the University of Applied Arts Vienna. In 1982 Maria Lassnig founded the first Studio for experimental Animation in Austria, at the University of Applied Arts Vienna. The first worldwide, which combined animated film with painting. From 1991 to 2008 the department was led by Prof. Christian Ludwig Attersee and since 2009 Prof. Judith Eisler is in charge. The studio offers access to a sound studio, interactive media and analogy and digital techniques. Until now it has a striking influence on the genre and has gained wide importance in the international Art scene.

Shelley Page from Dreamworks animation will also offer a masterclass titled Eye Candy Show. She was one of the first group of artists hired to establish DreamWorks Animation in Los Angeles where she took the position of Co-Head of Artistic Development. Her credits, on over 35 animated feature films to date, include "Who Framed Roger Rabbit?" (Disney) and DWA hits including “Shrek”, “Shark Tale”, “Madagascar”, “Kung Fu Panda”, ‘The Croods’ and 'How to Train Your Dragon' series. During this session, she explains why each film caught her attention and what elements make a successful short film. Shelley’s ‘Eye Candy Show' is constantly evolving as she discovers wonderful new films and new young filmmakers.

Two main awards will be handed out by the juries of Anilogue 2017: the Best Animated Short and the Best Animated Feature of 2017. Besides, every jury member will be asked to pick a competition film for a Special Award. The Audience Choice award will be based on the votes of the festival audience. All the awarded short films are compiled to this single programme as part of the Anilogue Awards Show.

The Anilogue International Animation Festival takes place in Budapest from the 29th of November till the 3rd of December 2017. The 15th edition includes 70+ shows and live events, 13 feature length movies, animated concerts and workshops and hundreds of new animations from around the world in seven festival locations across Budapest. 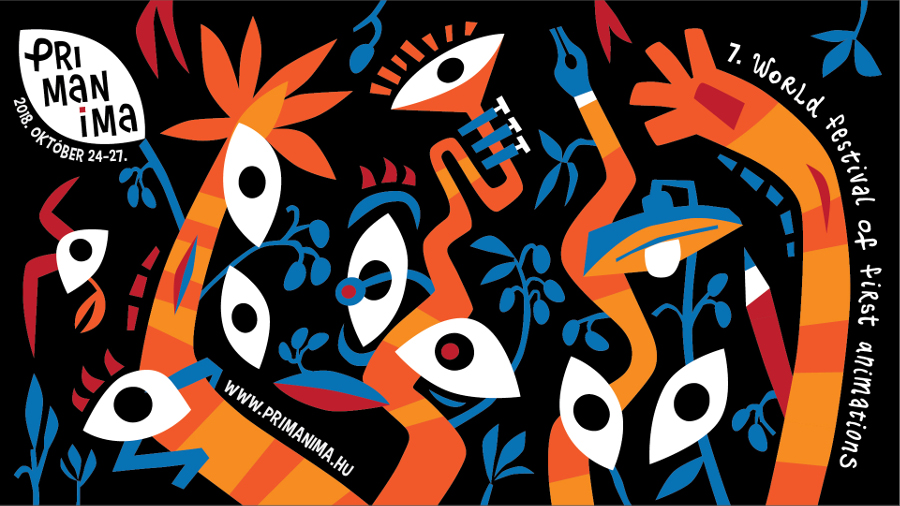