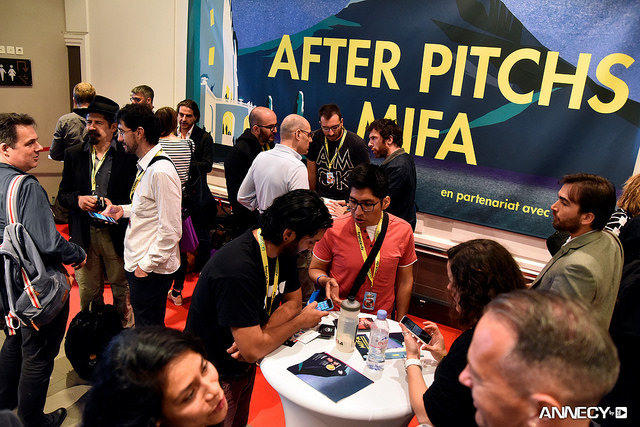 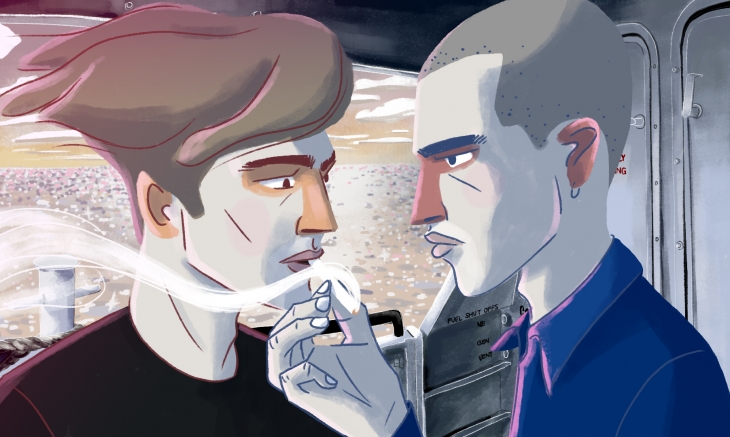 Ciclic Prize: Félix Dufour-Laperrière for Archipelago. 25,000 EUR and a 2-month animation residency in Vendôme. This prize is for a TV series/special and/or Interactive creations & Transmedia and/or feature film project. A semi-fictional documentary about Quebec and the real and imagined islands on the St. Lawrence River. It is an animated feature film for two narrators designed through freestyle drawing and precise language that describes and dreams of a territory and its inhabitants.

Ciclic Prize: Eloic GIMENEZ for Lioncub and the Fireflies. 25,000 EUR and a 2-month animation residency in Vendôme. This prize is for a TV series/special and/or Interactive creations & Transmedia and/or feature film project.
Disney Channel Prize for a New Series: Isaac MOGAJANE for Junk Pilots. 5,000 EUR to help with development.
TitraFilm Prize: Françoise RUSCAK, Claire GRIMOND for Steam Cows.  This covers post-production work on a TV series pilot (voice recording, recording studio, artistic direction of voices, sound design, sound editing, sound effects, 5.1 surround mixing, mastering). Excludes creative and technical teams.
France Télévisions New Writing Prize: Cécile ROUSSET, Benjamin SERERO for I Came with Just My Eyes. A development contract worth up to 3,000 EUR with a producer for an innovative animated or hybrid project that can be linear (unitary or a series – intended to be a digital and fictional creation by "Studio4"), in VR or AR.

Ciclic Prize: Roshanak ROSHAN pour Noon & Fabián GUAMANÍ ALDAZ for Ugamú. A 1-month animation residence in Vendôme, train ticket, accommodation and a day of coaching on a stage of the film production process with a professional in the animation industry.
Gulli Prize: Ingrid AGBO, Sacha PERRIN-BAYARD for The Tree of Palimpsest