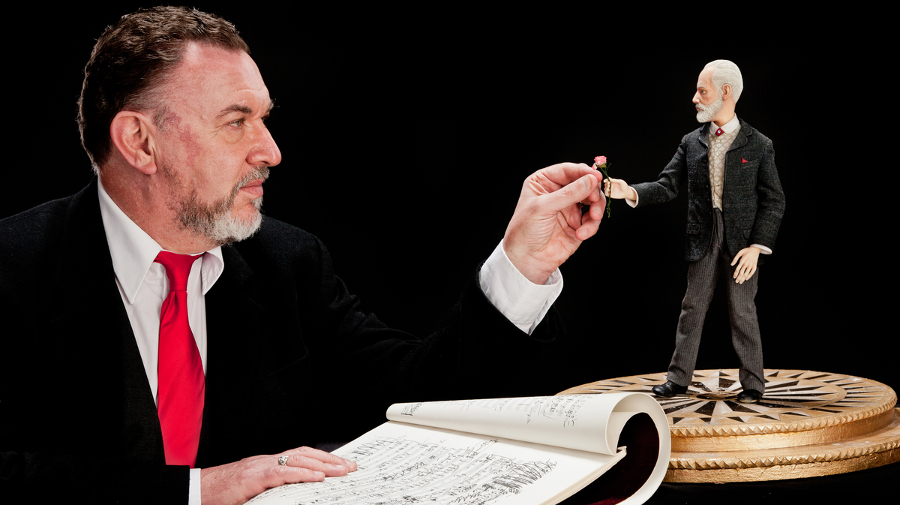 Barry Purves is one of the leading stop-motion animators/directors with puppets in Britain and worldwide. His first short film, Next (1989) makes Shakespeare auditioning to the celebrated Peter Hall, by parading his whole oeuvre in 5 minutes.

He has won an Academy Award nomination (for the Japanese Kabuki romance, Screenplay), a BAFTA nomination (for the daring depiction of the relationship between Patroclus and Achilles in Achilles, 1995), and an array of awards for his other films. He collaborated with Tim Burton in Mars Attacks!  and he explains his own directing style to Zippy Frames  (Switch to the Greek version of the interview)
"I like to look at life from a slightly different perspective from Disney animated films. I've worked for childrens' TV series, but always wanted to make films for adults, films I'd like to watch. These come from very different cultures, being opera, Greek theater or Japanese Kabuki. It's storytelling that drives me, and my animation films are somewhere in between theater and film. What i'm trying to do is celebrate the artifice of animation, and not the realistic element of a story".

That is evident in Purves' first international success, Screenplay (1992), in which a single take in a revolving theater is followed by an almost frenetic 2-minute sequence of action and blood. "The point of that" explains Barry Purves, "was to contrast different ways of telling the story, a very theatrical way and then a cinematic way where the camera tells you where to look".
Greek myths do not escape his radar, and they take a clear erotic turn with the 11-minute Achilles (1995). "This film was controversial, because  because people do not expect puppets to be having sex. It took me 12 weeks to film, and 6 months to get it written, and it is now part of me. It is very theatrical with the lighting and the sound as different story elements . The best of all, I filmed it in my room" he adds surreptitiously.

However, Barry Purves had to move to Hollywood for his animation work in Tim Burton's Mars Attacks! (1996). "I had a wonderful experience, working in Hollywood with the best of people. It was an odd experience, since they eventually decide to go with computers rather than puppets. But Tim Burton is so busy. After Alice in the Wonderland, he has just started pre-production for a stop-motion puppet movie"

The stop-motion animation process is painstaking, since in reality puppets are placed in different positions for each frame (24 frames per second). With the rapid frame movement, the eye has the illusion of puppet movement.

"Let me give you an example. This afternoon I'll work with a group, a good bunch, and we'll do a short scene with silhouette puppets sitting down, and the phone will ring and they will go and answer the phone. My whole thing is showing the thought process. I want to see them hearing the phone, getting up very beautifully, and I want them to know who's at the end of the phone. It' all about performance".

Barry Purves started as a theater actor, and turned quickly to animation. But a theatrical convention has rather marked his work. "From Aristophanes' The Birds (the first play I studied) to my film Hamilton Mattress, there are always birds or bird masks in my films. In the end of the Screenplay: the two lovers turn into birds, in Rigoletto there is a visual hierarchy with bird masks.

I am obsessed with the human body transformed with animal heads and bird heads. It is a shorthand for the art of animation. By putting a character with a bird head on, it says something about that person that they don't realize or were able to express.

His next film, Feather [sic: now Plume] will be like a music and dance monologue: one puppet alone in a spotlight, and  no sets. The puppet with elaborate wings is being made at the moment (it takes 12 weeks). Furthermore, they shoot in France, not  England. "Two big animation studios in Britain folded last years (they now use CGI for children's animation). I found funding from a French company, so, I'm moving to France in the summer for 4 months. Another French company is also responsible for the DVD edition of my films" (Available from Amazon.fr)

He directed an abridged version (30') of Verdi's Rigoletto. Would he like to direct a feature film opera? "Let me come to Athens and direct an opera with real people. I'll do it. I do a lot of stage but is not enough for me. I love Verdi" he admits with almost childlike enthusiasm. He is excited enough that a retrospective of his work is shown at the 5th Animfest  in Athens (11-14 March).

He is also excited about other directors' work with stop-motion, being either Adam Elliott's unconventional friendship of Mary and Max ("it made me cry in the end") or even the CGI alien characters and the father-son relationship in District 9.

Barry Purves' puppetry art is not realistic and conventional, and it sometimes hinges on the symbolic. But, as himself notes, "It would be a shame to make all those beautiful puppets and then just let them talk. Let's do something different with them." As you like it.

Update 2018: Since the interview, Barry Purves has completed his Plume. Watch his National Science and Media Museum festival interview:

And his Tchaikovsky, An Elegy: