The 35th Brussels International Animation Festival, Anima 2016, came to a close Sunday evening with the announcements of its prizewinning films. The Anima 2016 international jury, made up of Sergio Honorez (B), Publisher (Dupuis), Niki Lindroth von Bahr (S), Film Director, and Nicolas Ménard (CDN), Film Director decided to award the Anima Grand Prix to the American filmmaker Don Hertzfeldt for his short film World of Tomorrow .

The jury praised the stick-figure sci-fhi short for its cinematic achievement, its mind-bending and imaginative sci-fi story, its masterful use of voice and music.

The jury also gave their Special Jury Award to the Japanese film Maku directed by Yoriko Mizushiri (JP), and singled out British student filmmaker Marcus Armitage and his short My Dad (UK) as the Best Graduation Short Film. Armitage was also nominated for a 2015 BAFTA award  for his radical portrayal of a father-son relationship.

Another 2016 Oscar candidate, the Russian director Konstantin Bronzit was given the Audience Award for his We Can't Live Without Cosmos.

The Anima public paid tribute to the work of Japanese filmmaker Mamoru Hosoda and his The Boy and The Beast (Bakemono no Ko) (JP) by rewarding him with the Audience Award for Best Feature.

The Best Belgian Short went to Bram Mondy for Rapsodie en rose, a story of loneliness and sadness with surrealistic imagery.

Chloé Alliez walked away with the Best Graduation Short Film for her Toutes Nuancées. 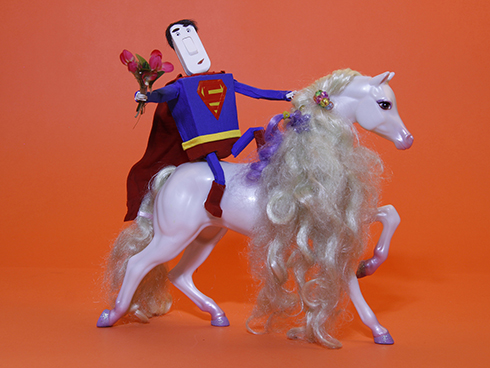 In a minimalist design, different portraits of women parade swiftly to illustrate the reasons to love women. Over this enumeration, a stereotypical vision is mixed with a more serious and realistic one to show all the subtil shades of woman.

The Author Award was given to Ely Dagher for the Cannes-awarded Waves'98.

Anima 2016 Audience Award for Best Animated Feature, provided by FedEx (voucher worth 2.500€): The Boy and the Beast (Bakemono no Ko), Mamoru Hosoda, Japan

The festival screened over 250 films from 31 countries in its 10 days, taking also benefit from the cordial environment of animation professionals that were all over the place in the Flagey buildings.

The 34th edition of Anima will take place in Brussels,  from 24 February to 5 March. 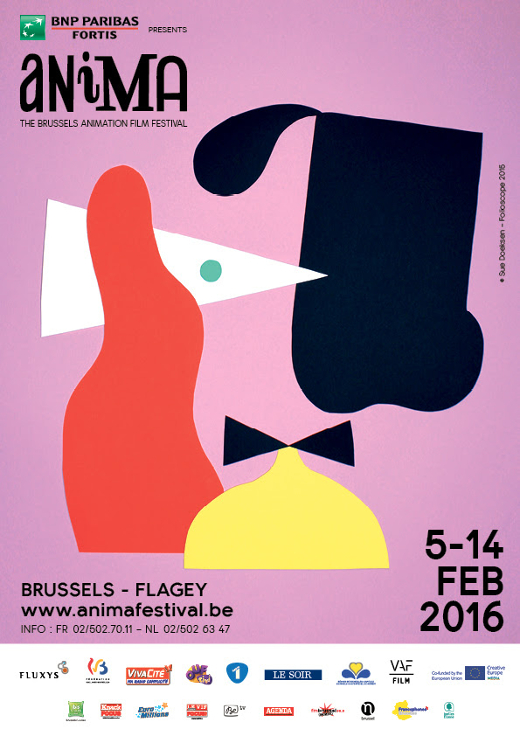