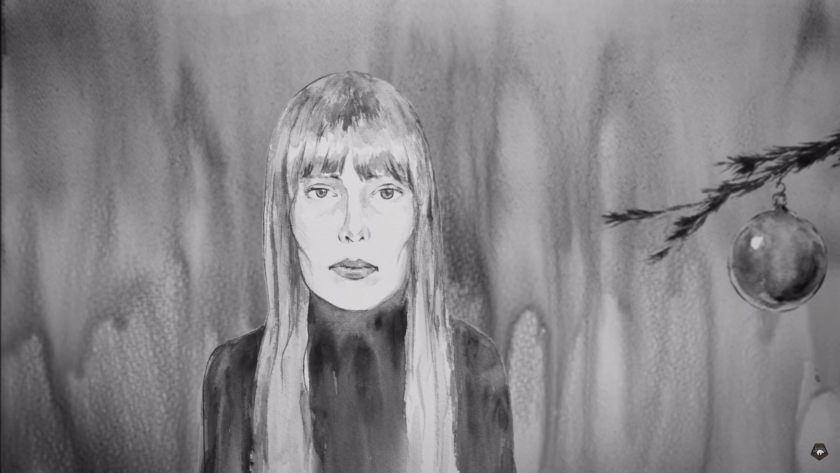 It took 50 years for the iconic song 'River' by Joni Mitchell to find its music video counterpart -and it is an animated one.

Thought to be Inspired by Joni Mitchell's relationship with Graham Nash, 'River' describes a relationship breakup during Christmas time, and has become a standard for many artists to cover.

Director Matvey Rezanov uses a gentle, 2D black-and-white, watercolor approach to visualize the song as part of a moving, sketchy canvas in time.

Portland-based Matvey Rezanov was born in Sevastopol, Russia. He was trained in realistic painting and monumental art, He has experience both as a painter and a animator  -including LAIKA's two feature films (“Coraline” and “Paranorman”) and five seasons of NBC's “Grimm”. In 2016, he started his own company Skazka which specializes in animating traditionally produced images.

Check out his earlier animation short, 'The Promise'