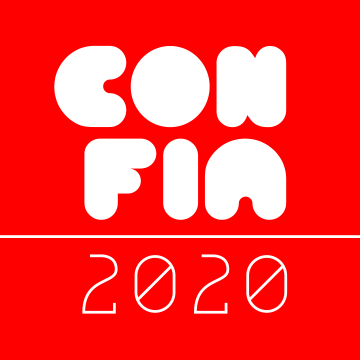 CONFIA is the International Conference on Illustration and Animation at the Polytechnic Institute of Cavado and Ave, organized by School of Design under the auspices of the Masters in Illustration and Animation, and the Polytechnic Institure of Viana do Castelo. This is CONFIA's seventh conference after previous editions in Ofir, Porto, Braga, Barcelos, Guimarães and Esposende.

It is intended to be a pivotal moment in the contemporary discussion of these areas, which have a long tradition and, at the same time, are pioneers in technological innovation. We intend to broadly explore the multidisciplinary space that includes illustration and the animated image, from the construction of the narrative to character development, from art theory to critical reflection on the objects that populate the market and the industry. The conference seeks quality original submissions from artists, the industry and the market as well as from the academic community.

All accepted full papers will be in the conference proceedings (with ISBN).

Considering the evolving nature of the COVID-19 outbreak, the organizers decided to do the conference online. The conference, previously scheduled for June, will now be held October 23-24, 2020.

Recommended themes/topics include, but are not limited to, the following:

BIRGITTA HOSEA  UNIV. FOR THE CREATIVE ARTS, UK Birgitta Hosea is an artist, animated filmmaker and practice-based researcher who exhibits her work in expanded animation internationally. She is also a Reader in Moving Image at the Animation Research Centre, Univ. for the Creative Arts, where she is engaged on StoryFutures, a research project into immersive technologies, and on developing UCA’s archives of post 1960’s British animation history.
keynote speaker

PAOLA VASSALLI ,  ILLUSTRATION CURATOR / BOLOGNA CHILDREN'S BOOK FAIR, Italy Paola has designed/directed the Educational Department at the Palazzo delle Esposizioni and the Scuderie del Quirinale in Rome. She is editor of Educare all’arte (Electa). Has designed libraries, curated exhibitions and is an Artistic consultant for the Bologna Children’s Book Fair.

CÉSAR COELHO ANIMA MUNDI, Brasil
César directed more than 250 works of animation, and was a Consultant in the development of the mascots for Rio2016 Olympic/Paralympics Games in which he was the coordinator of animation for the Closing Ceremony. Co-author of the book "Animation Now" published in six languages (Tashen). He is one of the four founders and directors of ANIMA MUNDI.