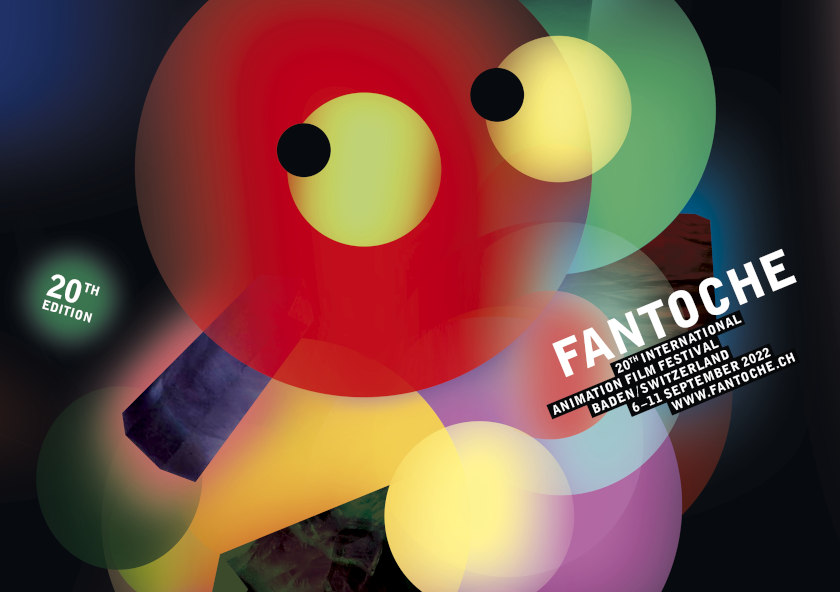 Fantoche is Switzerland’s most prestigious animated film festival and is one of the leading events for the medium in the world. It takes place every year in September over the course of six days in the Swiss town of Baden. The festival, which benefits from broad media coverage, attracts both industry professionals and the general public – over 25,500 ticket sales were recorded in 2015.

The Competitions are open to any audiovisual animation, created frame by frame, with a maximum running time of forty minutes and completed after 31st December 2020. Eligible for the Swiss Competition are films by Swiss filmmakers, filmmakers living in Switzerland or with Swiss producers or co-producers.

Films using all types of animation techniques can be entered, including the combination of live action and animated film, with a maximum duration of 40 minutes. Student films, independent productions, art-film commissions and game sequences will be treated equally. Commercial advertising films are excluded from the competition.

Experimentation and tradition
The main criterion for film selection is innovation. Fantoche’s “International Competition” principally offers a forum for animated films which veer away from conventions of the genre in terms of aesthetics, content or technique, which scrutinize them skillfully or which are audacious enough to turn them on their head. It particularly welcomes projects which push the boundaries of expression of animation further, which seek to experiment and which stand apart thanks to their artistic independence.

However, Fantoche is interested, at the same time, in classical, conventional auteur films, and its selection includes animated films which offer a striking, persuasive blend of idea and implementation, and of content and form. They are deliberately juxtaposed with experimental entries. This is because Fantoche is trying to locate the friction that exists between vision and tradition, offering an insight into the creative wealth of animated film-making

Each year, a Swiss filmmaker is chosen to create the trailer for Fantoche. This year, director, animator, illustrator and Lucerne resident Lena von Döhren did the honours.

Heroines and Denmark the Guest Country

Heroines from all walks are put into the spotlight at the Fantoche in 2020, providing us with both fun and pensive moments. Animation pioneer Lotte Reiniger is one of the many strong women who will be featured for example. The country focus introduces the past and present of Danish animation, thereby offering an opportunity to learn about unique films with their own storytelling tradition and visual language. When selecting the feature-length films, we turned the «corona emergency» into an «animation virtue»: Since only a few current releases are available at the moment, we had our community choose the reprises they would most love to see after the lockdown. The programme is rounded off by a marathon of TV series which was specifically designed for the 25th anniversary, and an invitation to the general public to enjoy a wonderful filmgoing experience at especially favourable prices. Thanks to comprehensive protection measures, Fantoche ensures a safe and welcoming atmosphere. And for those who are unable to attend this year, the festival has prepared a complementary online selection.

Three feature films and three short film programmes curated by Eliška Děcká and the women of the Tricky Women Animation Festival shine the spotlight on real-life and imagined female characters as they take part in various animated tales and adventures. Animated film pioneer Lotte Reiniger will be honoured in the form of a retrospective, an exhibition at the Kunstraum museum in Baden, and a showing of her 1926 feature film set to live music. The Fantoche edit-a-thon will focus on adding key female animated filmmakers to Wikipedia as a way of balancing out the ratio of male-to-female articles on the site. Fantoche is also proud to be the eighth film festival in Switzerland to sign the Pledge for Parity and Inclusion at film festivals, as launched by SWAN (Swiss Women’s Audiovisual Network).

Besides this, Fantoche will be putting on an extensive supporting programme for young, old, industry insiders and casual viewers alike, including filmmakers offering their insights into the production process in Coming Soon and Making-of presentations, Animation Goes Multimedia exhibitions, the Industry Day, the ever-popular Fantoche shop and Bagno Popolare.