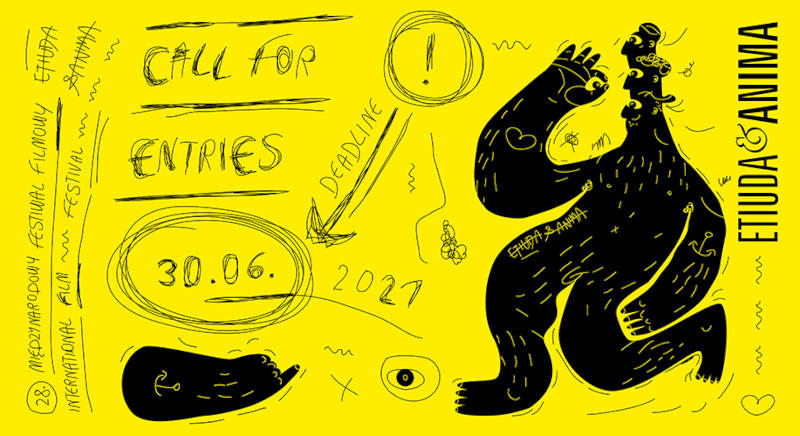 Festival Description:
International Film Festival Etiuda&Anima consists of 2 international competitions: of films from film and art schools – ETIUDA, of animation (professional, student and independent) – ANIMA and since 2017 national competition for animation - ANIMA.PL. The latest strategy for the development of the event assumes, in particular, promotion of Polish creativity in the field of animation. Along with foreign guests invitations, a special emphasis will be put on the development of the industry part of the program, including: lectures, conferences, pitching forums, case studies, discussion panels addressed to both professionals and film environment adepts. The Festival wants to support development and strengthen the position of Polish post-production film, to increase the interest of film environment in animation, to increase interest in Poland as a partner in the production of film and animation as well as special effects. Important objective of the Festival is the penetration of the tradition and achievements of visual audio culture with the simultaneous observation and registration of transformations taking place within the dynamically developing information society.

Εntries are open for Etiuda&Anima 2021

The following Prizes will be awarded at the ANIMA 2021 competition:

Special Golden Jabberwocky for the best student animation of the Festival. The Jury have also the right to award three Honorary Diploma