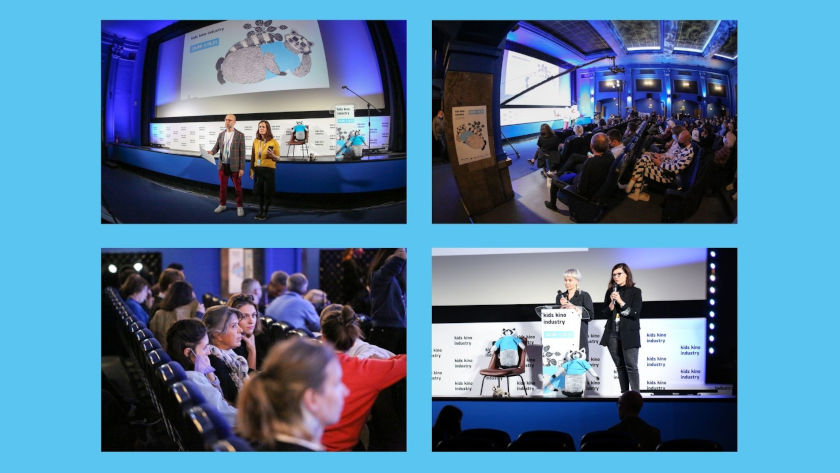 The pitchings and 1:1 meetings are the core of the programme of Kids Kino Industry. However, the four-day programme includes a number of masterclasses, case studies, consultations, panels, networking opportunities, and more.

We’re looking for new diverse, forward-thinking film and series ideas for a new generation of young viewers, to be presented in front of a group of industry representatives, Decision Makers, and Investors.
We believe that high-quality, enlightened films and series for our young generation are more important now than ever. Our goal is to help filmmakers in finding the right partners and investors for their projects.
For the 2022 edition, producers can submit their projects of films and series for young audiences in two categories:

In Development.
● Projects with a treatment or script
● At development stage
● With a partly confirmed financing structure

Work in Progress
● At production or postproduction stage (with shooting started by the end of 2022)
● Projects that are still looking for funding or a co-producer, as well as a distributor, sales agent, broadcaster

The call is open for the following types of projects:

The main focus will be put on the European projects in development, at an early production stage, or in postproduction, but the submissions are also open for projects from outside Europe.

Please make sure to prepare ahead the following documents which are needed for the application:

The submission is free of charge.

Individual consultations with experts specialising in areas such as film marketing or script doctoring. This year, accreditation holders will be able to consult with such names as Andrew Kavanagh, Jesper Møller and Maurice Wheeler, who have advised Warner Bros., Disney, Sony, BBC, Google, Netflix and Nickelodeon, among others.

Apart from the individual meetings, consultations and pitching sessions, the panel entitled 'Going International - Markets, Festivals, Conferences and Labs for Kids Content'; is also worthy of attention. Without leaving home, the meeting participants will be able to get to know one another, learn more about leading international events and put questions to their representatives. The guests on the panel will include Marlene Wegener from Animation Production Days, Greg Childs from the Children's Media Conference (CMC), Lennart Ström from M:brane, Nienke Poelsma from the Cinekid International Film Festival, Matija Šturm from CEE Animation, Silvina Cornillón from Ventana Sur and Anne Schultka from Kids Regio.

Sessions during the forum are divided into two groups: Projects in Development and Works in Progress.