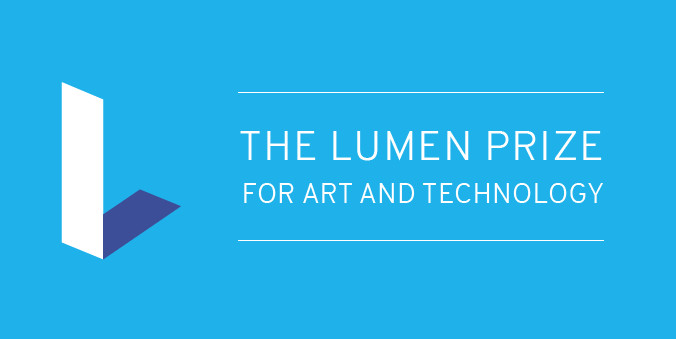 The Lumen Prize celebrates the very best art created with technology through a global competition. Since its launch in 2012, it has given away more than US$100,000 in prize money and created opportunities worldwide for the artists who have been longlisted, shortlisted or won.

The 11th Award Ceremony of the LUMEN Prize will take place on 19th October 2022 at the Barbican Centre, London. LUMEN Prize 11 artists will win cash prizes worth $13,500.

The display of artworks at events will always be determined in consultation with the artist.

An emotive depiction of feminist graffiti - sparked by protests against violence towards women and covering a Mexico City landmark - has won the 2020 Lumen Gold Award for outstanding art created with technology.

“Nuestra Victoria/Our Victory” by Julieta Gil, a Mexican artist, uses photogrammetry techniques to capture a timeline of protests concerning systemic violence towards women. The work creates a digital archive of the Ángel de la Independencia (Angel of Independence), a Mexico City monument, which was occupied by protestors in August 2019. Following the protest, government officials began immediate restoration of the monument.

"This is the first time in our nine-year history that a work rooted in protest has carried off the Lumen Prize Gold Award. Its selection by the Jury Panel reflects its haunting artistic beauty, the extraordinary use of photogrammetry techniques and its strong political impact,” comments Carla Rapoport, Executive Director of Lumen Art Projects, which runs the annual competition for art and technology. At Wednesday’s virtual awards ceremony, the Lumen Prize handed out a total of nine awards worth $11,500. The list of winners includes artists from Germany, the United States, Uruguay, Mexico, the UK, Denmark, and La Réunion, a French Island in the Indian Ocean.
New Awards for 2020

Mexican artist Tupac Matir took home the Global South Award for his work “The Cosmos Within Us”, a VR and live performance hybrid created in collaboration with Satore Studios that explores the experience of loss through the lens of a man suffering with Alzheimer’s disease.

The Lumen Prize and Lumen Arts Projects were founded by Carla Rapoport, a financial journalist who moved into arts management in 2010. Carla’s goal is to widen the enjoyment, understanding and appreciation of art created with technology while widening the opportunities for artists working in this field globally.