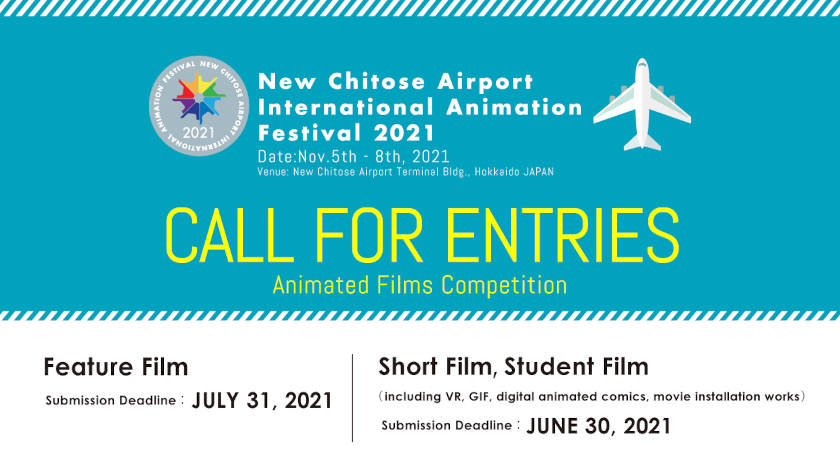 The New Chitose Airport, a gateway for the world to access Hokkaido and known as “Entertainment” Airport is truly unique amongst its kind. The Airport also hosts a variety of facilities: a multi-screen movie theater, hotel, Onsen bath spa, arcade, shopping mall, high-quality restaurants featuring the unique taste of Japanese cuisine, and event spaces are amongst the many things that New Chitose Airport has in store for its visitors. By utilizing all of its unique attributes, and combining them into one eclectic embodiment, the airport provides a festival experience that cannot be replicated in any other environment. The last edition in 2019 attracted record-breaking 43,000 visitors, the highest number in the history of the festival.

The 8th edition of the New Chitose Airport International Animation Festival is held from Nov 5th to 8th, 2021 at the terminal building of New Chitose Airport. As well as the last edition, the festival has a hybrid format, both at the airport and online

Short Films Competition
Submissions must be animated films with a run time not exceeding 30 minutes and must be works completed in or after 2019. VR films, GIF animation, and digital motion comics and movie installation works are also accepted. There is no submission fee.

Regulations and submission via FilmFreeway