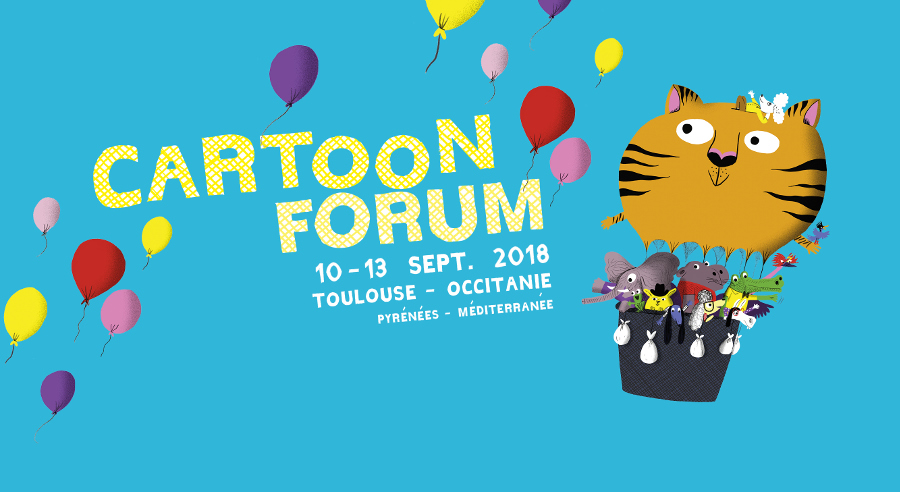 TV concepts and series don't have to be just for kids. We present 8 animation projects for adults to be presented at 2018 CARTOON Forum.

First a useful disclaimer: The word 'adults' may invite different connotations in a US broadcast environment, where the likes of racy and rowdy midnight behavior can be usually applied, with or without South Park undertones. In contrast, in cinephile /more internationalized context,  the 'adults' label may simply mean mature themes and sensitive approach to issues not usually addressed in family TV animation. Take your pick.

Out of 86 projects selected for the 2018 Cartoon Forum (10-13 Sep 2018, Toulouse), the biggest European market for TV projects operating since 1990, we had a look at the 'adults only' section. We found 7 worthy projects. But we also cheated. We included one project not in the adults section, labeling itself as a family project - but dealing with LGBT issues.

Mustard & Ketchup is Iain Gardner's (Animation Garden) pet child, which explores 2 gay badgers in a TV family surrounding, with good and positive thinking -and it's exciting to see where the concept will lead to.

The Visegrad Animation Forum winner, the Serbian project Rabbit From a Tin Hat (dir. Ivan Knežević, production: Original Tales) is a daring and equally interesting TV project on delusions, psychology and parapsychology; the phenomenon may have started since the early TV days, but sure it can continue in our post-truth era. Social media and technology frenzy drives both stop-motion 390 (Calon /Telegael)  and the French Selfish (Kazak Productions), whereas the Oscar-winning Zeilt productions (Mr. Hublot by Laurent Witz) prepares Deep in the bowl, a 3D/live-action ironic absurdish take on the meaning of fish life.

Suicidal issues are hard to put out in front of the TV screen, but the German producers of Not Funny (NIchtlustig) managed to draw Kickstarter funds for a TV series also to be pitched at CARTOON Forum. The French Globozone project (Umanimation) needs to make music out of mundane surroundings, whereas the thirty, 2D episodes of In Your Face ( Doncvoilà productions  / Bridges, France) provide their own, one-minute answer to " too fat, too black, too gay, in a too short skirt " harassment isues.

Here's what to expect, and find our comprehensive coverage of 2018 CARTOON Forum 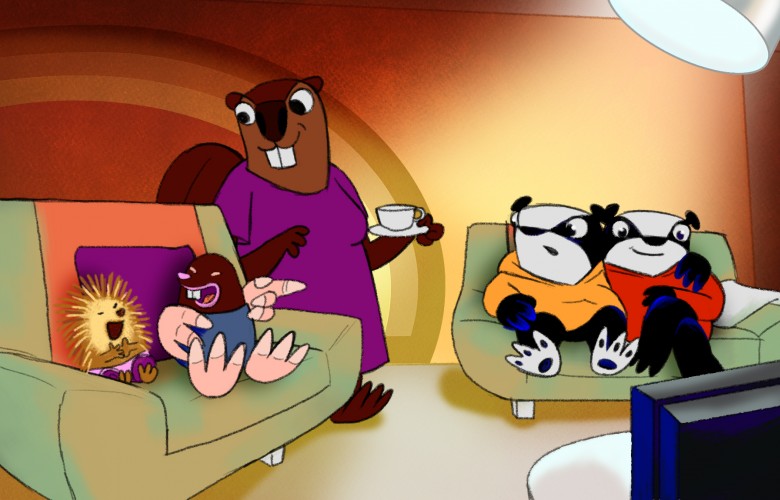 Mustard & Ketchup are gay badgers who entertain the world as popular light entertainers. With good, strong, positive thinking life never lets them down! As the first 'out' gay couple fronting a family animated TV Show, Mustard & Ketchup provide positive and age appropriate representation for the LGBT community. Their sexuality is incidental to their madcap adventures, and this is the most powerful statement their show can make in relation to visibility of gay characters in the media. 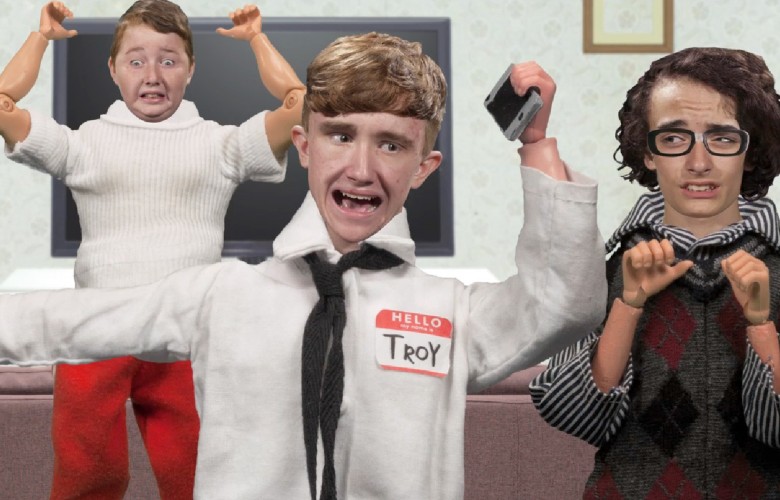 Are you a seven stone weakling who’s tired of trading his lunch for a punch? Have you always dreamed of owning an invisible fish? Have you longed for a smart phone that actually makes you smart? And is your life-long ambition to raise the dead? If so, then "390" is the show for you! 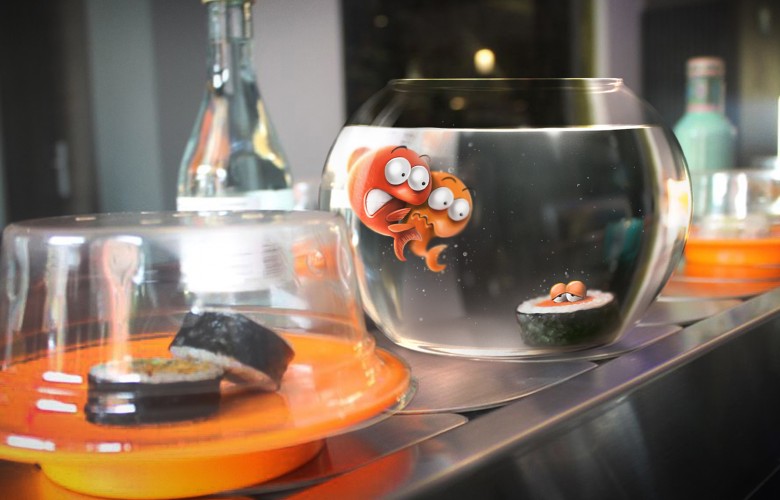 Based on the comic book by Nicolas Poupon, "Le Fond du Bocal" depicts an aquarium of fish questioning their reason for being and the meaning of life.The ironic meets the absurd. The series wants to be biased to this and reserved to an adult public. Each episode shows different situations that are independent of the others. Through these fish, it really is human nature gulped up with humor, their captive situations mirror our social circumstances evolving within the confine of social norms. The questions asked by the fish, their dreams, their conflicts, their joy and their sadness, are ours. Spending your life in a bowl, can really drive you crazy... 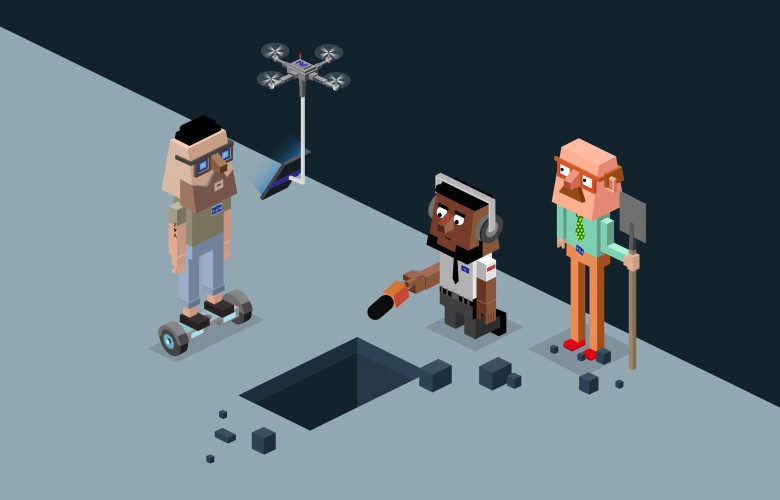 Within the GloboZone, a huge building, at once a place of life, work and commerce, two employees are bored in their professional lives. Condemned never to leave behind closed doors of this vast complex, they are nevertheless happily united by a common passion: to make music, by means of all the objects that will fall to their hand. Like chemist apprentices in search of new sounds, heroes of the everyday struggle against boredom by creativity, they collect and combine various objects, animals or accessories allowing them sometimes to tinker with grandiose orchestras, sometimes to provoke baroque sound situations or shabby, touching or surprising. 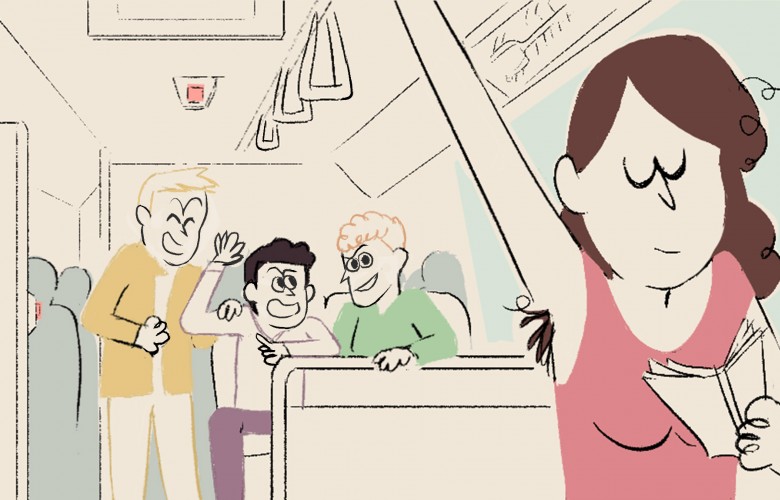 Have you heard of street harassment? Those repetitive catcalls and unsavory remarks - you’re too fat, too black, too gay, in a too short skirt - have become harder and harder to miss. But why not give them an answer? Only out of politeness, of course! 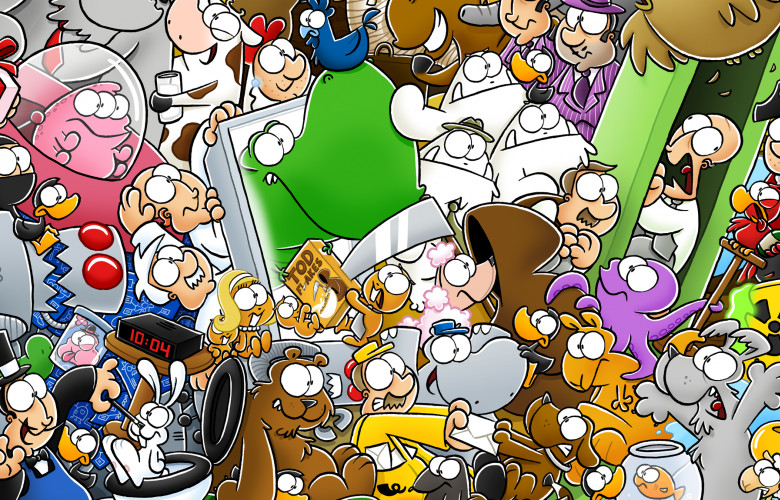 “Notfunny” is based on Joscha Sauer's popular German cartoons. In every 15’ episode we follow interwoven stories about the suicidal Family Lemming, the professors Wilson and Pickett, the Yeti brothers, Death and his pink poodle, Mr. Riebmann (who lives inside a wall) and many other characters from Sauer's weird cartoon universe. The first six episodes were produced with the help of over 15.000 Notfunny-fans via Kickstarter, making "Notfunny" the most successful German crowdfunding animation project to date. 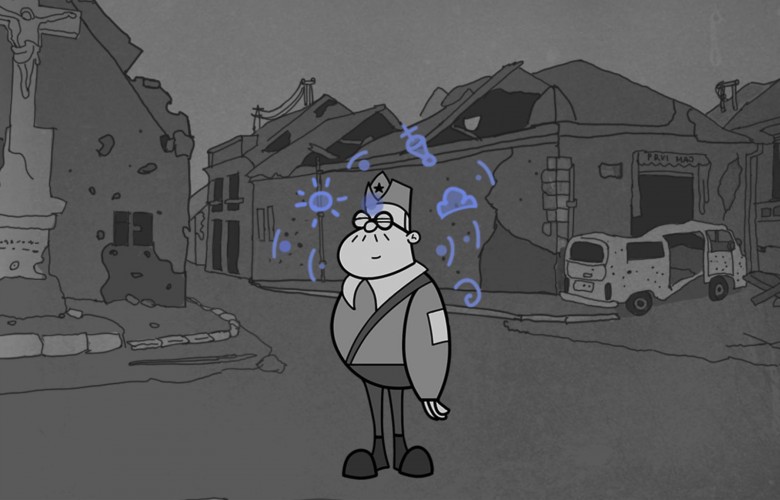 From the beginning of civilization, humans had tendencies to weaponize magic and use illusions in military purposes. From early days of military sorcery and divination to modern days of parapsychology and pseudoscience we are still seduced by idea of “what if it works?” Inflatable tanks, predicting enemy movements using tarot cards, mind control or remote viewing enemy bases by mind power... No matter how crazy these ideas sound there were actually used (or claimed to be used) and funded by big government organizations like CIA, national armies, and presidents. "Rabbit from a Tin Hat" is an animated TV series about the use of psychology, parapsychology and plain delusion in times of war. 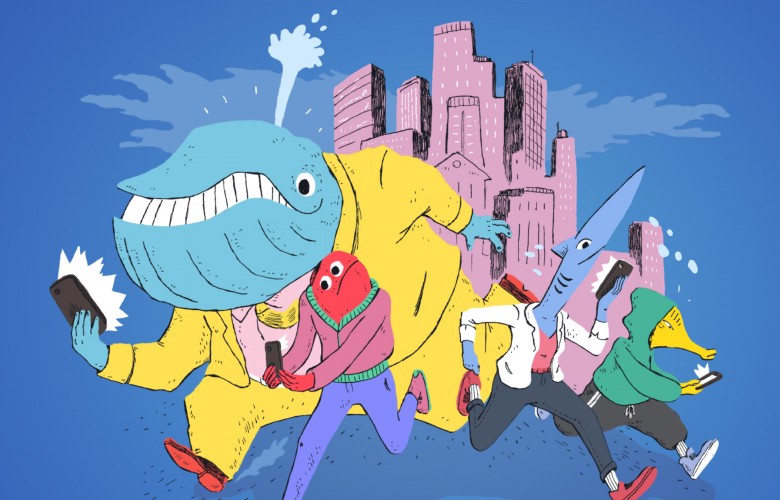 Gisèle, Raymond, Lucy, and Maurice are inhabitants of the hyper-connected megalopolis, Clamville, which is at the bottom of the Atlantic Ocean. These four fish have nothing at all in common: age, gender, social status, political orientation, pastimes... Nothing, apart from their Shellphones, that they clinch onto like clams on a rock. In real life, they don’t know each other, but their paths cross and they spy on each other on social media: Crabpot, Flipper and SashiMe. Has their social life any chance of survival faced with the invasion of Shellphones? Who’s really hiding behind those fisheyes?

Created in 1990 to boost the co-production and distribution of European animation for TV and new media platforms, Cartoon Forum has helped 734 animation series obtain financing to the tune of over 2,5 billion Euros. The 29th CARTOON Forum takes place 10-13 September in Toulouse, France.