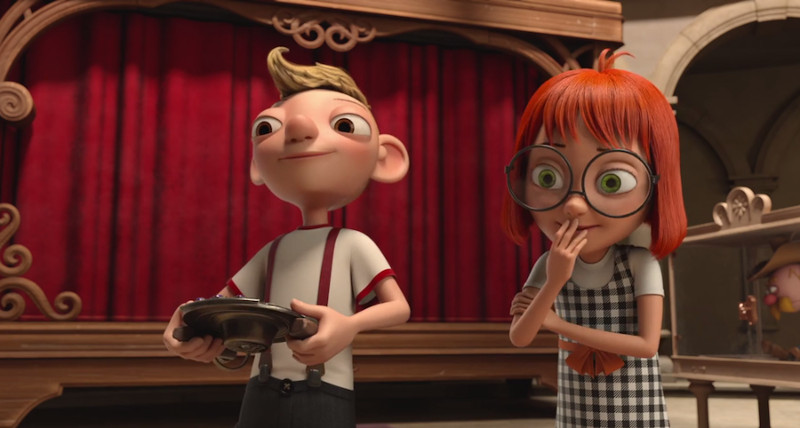 A three-day event of discussions, presentations and lectures for professionals and students in the field of animation, which acts as a meeting point for the industry, at a local, European and international level, aiming to provide opportunities for the co-production of films. Creative artists, producers, important institutional players and professionals from major animation studios worldwide come to Athens for the first time, to present good practices on a series of issues concerning the artistic, educational and commercial aspects of animation as an independent sector of audiovisual culture and the creative economy.

This first edition of 3Α  also includes representatives from the major institutions and organisations of Greece, such as Anna Efstathiou (Delegation of the European Commission in Greece) , Elina Roinioti, head of the Athens Games Festival, Cοnstantinos Aivaliotis, director of Hellas Film at the Hellenic Film Centre, academics Eleni Mouri (University of West Attica), Panagiotis Kyriakoulakos (University of the Aegean) and Panagiotis Iosifellis (Aristotle University of Thessaloniki), as well as Lina Manolopoulou, representing the National Centre of Audiovisual Media & Communication (ΕΚΟΜΕ).

The programme of 3A also includes a two-day intensive pitching workshop, under the title "How to pitch", involving seven (7) selected projects and directed by Tünde Vollenbroek.,  (co-founder of Studio Pupil, key member of the KLIK Amsterdam Animation Festival programme, editor of Cartoon Brew and member of the board at the European Animation Awards - Emile Awards). The aim of this workshop is to train participants on how to give effective presentations of their ongoing animation productions, in a limited time frame, to distributors and other industry players. The three (3) best projects will travel to Syros and will be presented at the Agora Pitching Forum during this year’s festival.

At the end of each day, 3Α will come to a close with a screening of selected animation films, including the Oscar-nominated Breadwinner by Nora Twomey of Cartoon Saloon studios (technical director Mark Mullery attending the screening of 22.09), and Harvie and the Magic Museum by Martin Kotík & Inna Evlannikova (23.09).

Harvie and the Magic Museum

12:30 Production – Software Showcase (45’)
The aim of the session is to present the key aspects of animation software in discussion. Our weapon of choice would be TV Paint (FR), an all-inclusive and all-around tool for the creation of traditional 2D animation. The production in focus will be Breadwinner by Cartoon Saloon (IE).

15:15-16:15 Pitching training session I (60’)Sculpting your perfect pitch by Tunde Vollenbroek. An intensive workshop on pitching & supporting a media project within the film market context

18:00 Česko in Animation (Brief presentation introduction by the Czech Embassy in Athens) + Film Presentation by Martin Kotik Director of Harvie and the Magic Museum

Due to the limited number of places available, interested parties wishing to attend Athens Animation Agora events can send an email to This email address is being protected from spambots. You need JavaScript enabled to view it., until Monday 17 September, citing as subject “Participation in the Athens Animation Agora”, noting the day during which they would like to attend and adding the following information:

Applicants will be notified about the outcome of their application by email.

Screenings
Admission to screenings is free, upon presentation of an entry pass. Entry passes will be distributed at the Onassis Cultural Centre main entrance daily, one hour prior to the screening start time, on a first come first served basis.

Athens Animation Agora (3A) is an initiative of the General Secretariat for Media and Communication of the Ministry of Digital Policy, Telecommunications and Media It is supported by the French Embassy in Athens, the European Commission Representation in Greece & the National Centre of Audiovisual Media and Communication (EKOME). It takes place 22-24 Sep 18 (Athens, Onassis Cultural Centre). The 11th Animasyros International Festival + Animation Agora powered by Onassis Culture  takes place 26-30 Sep 2018.