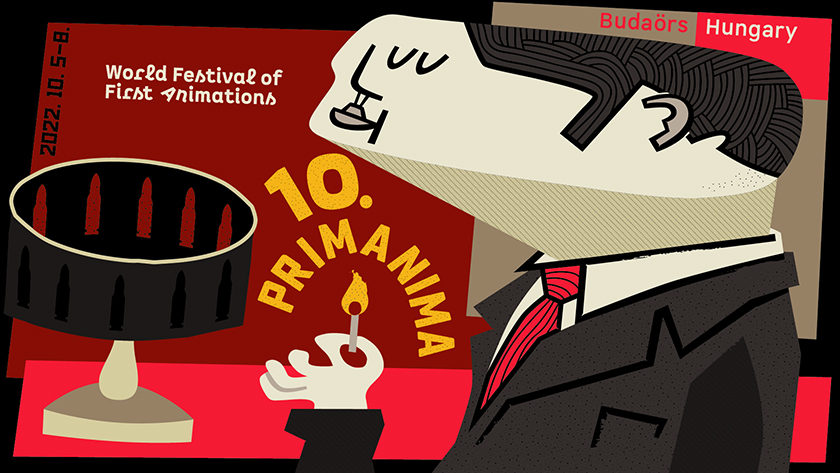 Primanima is an international festival and competition of first animations. Its co-founders launched the festival in 2012 with a goal to provide a platform for talented young animators to introduce their first films, as well as with an aim to add animation and other educational programs to the cultural life of Budaörs.

The 10th edition apart from the screenings of the competition and panorama programmes will offer a revamped industry platform and international workshop, called Primanima Jumpstart.

Your submission should be an animated film, meaning that it is produced frame-by-frame using various techniques other than live-action or animation mixed with live-action;
it should be completed after January 1st, 2020;
it should be no longer than 25 minutes;

The visual identity of this year's festival is the work of Tamás Patrovits is reflecting on Primanima’s anniversary and on the idea of celebration in our contemporary world.

The festival was postponed

THE AWARD-WINNERS OF THE 8TH PRIMANIMA

Primanima World Festival of First Animations took place for the 8th time between 30th October and 2 nd November in Budaörs, where the spotlight is on young animated film directors for four days. By tradition the programme of the festival includes the competition of animated shorts and animated short for children made by Hungarian and i nternational students and first time filmmakers, as well as feature films, and additional off-screen programmes such as workshops, masterclasses, exhibitions and concerts.