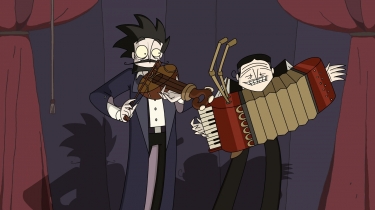 A new Brazilian animation feature talks about love, civilization and the need for cultural identity in a disaster setting. Review for the adventure satire Until Sbornia Do Us Part.