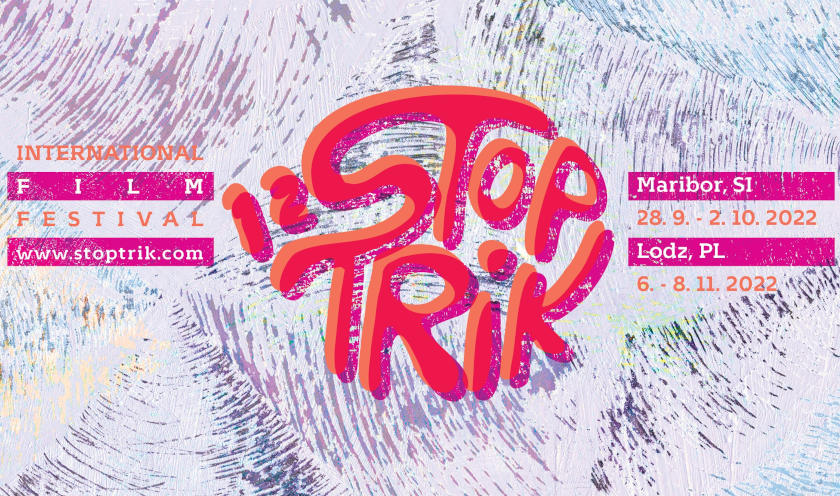 StopTrik IFF is a festival and community that celebrates amazing film art of stop motion animation. We appreciate the works made in traditional techniques of three-dimensional hand-made animation but we are also excited to discover experimental, mixed and hybrid forms. Whether you are a professional, student or an enthusiast you are more than welcome to share your films with our Audience – the best and most valuable juror that decides about the festival's Grand Prix. We show the Competition and Panorama programmes in Slovenia and Poland, and whenever possible we support the authors' participation in the Festival. Once you're on StopTrik please get ready for marathon-watching of the most brilliant recent and historical stop motion films, several discussions about art, craft, life, politics and whatever you wish to talk about, workshops of stop motion filmmaking, morning urban walks, afternoon vegan lunches, late night dances, and 24/7 stop motion passion!

The 12th edition of the Festival is coming soon to Maribor, Slovenia (28. 9. - 2. 10. 2022) and Lodz, Poland, and we hope to present your film in the International Stop Motion Competition, The Borderlands Competition or Panorama (non-competitive) section. For the first time in StopTrik's history, we are also calling for Stop Motion for Children (studio as well as independent productions, art-house films as well as episodes in the series).

We admire challenging and innovative films that reshape our understanding of the animated film medium, dare to question established world-views, and explore cinematic expressiveness with the most exquisite use of stop motion techniques. Probably will be able to meet in person, we declare that our greatest desire is to hold a live event where you can share your passion with the Audiences and other Artists, get to know each other’s approaches to animation filmmaking and exchange views on the current state of culture production.

Accepted films should last no longer than 30 minutes and be realized after 01. 01. 2020 in the techniques of stop motion animation (puppet film, claymation, pixilation, cut-out, loose material techniques etc.), combine stop motion with other animation techniques or live-action footage.

Whatever will be, we will keep calling for critical reception of films, authors' self-awareness and intersectional perspective on the problems of film and culture activism. But in this unusual year we want to be affirmative and straight-forward. Just as Theodore Ushev was when he wrote and performed A-Z MANIFESTO. The notion of ANIMATION AS A WEAPON has been on our agenda since 2011.

When we go live in Maribor we want to present ANIMATION AS A WEAPON retrospective programme where each selected stop motion film refers to each letter→fear→anti-value indicated by Theodore Ushev. Experimental BlackBox section will feature the works of the most free spirit of Russian art-house animation, Sasha Svirsky. We're proud to say that Sasha Svirsky is an author of StopTrik 2020 visual identification! Croatian festivals, Animafest Zagreb World Festival of Animated Film and Supertoon International Animation Festival will cheer us up with the music video clash of their artistic directors: Daniel Šuljić and Slave Lukarov. Anyone interested in world class stop motion filmmaking should consider participation in workshops led by Spela Cadez, a multi-awarded animator and animation director, and a member of Academy Awards.

Only naturally we intend to maintain social distancing and other anti-pandemic precautions and so we have to significantly limit our program proposal this year. Nevertheless the young audiences in Maribor will have an opportunity to discover and discuss finest examples of contemporary art-house and experimental animation brought to their schools by our partner festivals: PAF– Festival of Film Animation and Contemporary Art (Olomouc, Czech Republic), Linoleum Contemporary Animation and Media Art Festival (Kiev, Ukraine) and Insomnia Open-Air Animation Festival (Kaluga, Russia).

Children programme hosted by the Puppet Theatre in Maribor will consist of the selections of Polish animation (curated by Piotr Kardas from O!PLA), Russian animation (curated by Nadezhda Svirskaia, animation producer and curator from Moscow), programme of Koyaa films or simply the beloved Slovene children entertainment treasure, and a collection of the best children films from Annecy Festival. Full film line-up complemented with information on workshops, panel discussions, exhibitions and other events as well as StopTrik Lodz programme will be unveiled in the second half of September.

It was possible to come so far because of the StopTrik community: those who form the festival in Maribor and Lodz with their presence and engagement, culture activists in the region as well as the global artistic community that is eager to share their visions and ideas with our local audiences. Eventually we owe a lot to the accepting participants of the European animation festival circuit who respect StopTrik's concept-driven attitude of criticism.