The League of Ibero-American Animation 2020 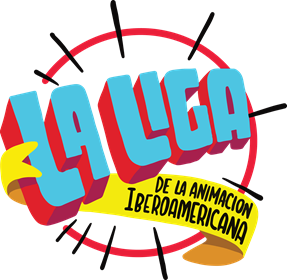 New dates to be confirmed

La Liga de la Animación Iberoamericana (the Ibero-American Animation League), in collaboration with the Annecy Animation Film Festival, has opened a special call to which Spanish, Portuguese and Andorran animation projects, both feature films and TV series, that are in the development or pre-production stage may apply. Co-productions that have a partner from one of these countries may also participate. Among the projects presented, representatives of La Liga de la Animación Iberoamericana will choose a selection of up to five finalist projects. These projects will be announced on February 20th 2020.

In April, during the Co-production Forum of the 2020 Ibero-American Animation Quirino Awards, these finalist projects will be presented by their directors or producers before a jury in a private pitch session. In addition, they will be able to participate in the B2B meetings and working tables of the Co-Production and Business Forum with a free accreditation as finalists.

Once the pitch is made, the jury composed of members of La Liga and representatives of MIFA Annecy, will choose a winning project that will be part of La Liga in Focus a special program of La Liga in Annecy 2020.

The Annecy MIFA International Animated Film Festival and Market will grant the winning project of the La Liga special call, a prize accreditation that will provide access to all market events (MIFA Pass). In the case of projects with more than one representative in MIFA, additional accreditations will be in charge of each producing company.

In addition to the winning project of this special call in La Liga in Focus Annecy, the winners of Animation! Ventana Sur will be presented: the 'Firsts' series by Typpo Creative Lab & Pájaro (Chile) and 'The Little Kites' by Mono Animation (Brazil) and the 'The Bird Kingdom' feature films by Lupa Filmes & Amoria Studio (Brazil) and 'Coda' by JPZtudio (Argentina) and Zumbástico Studios (Chile).