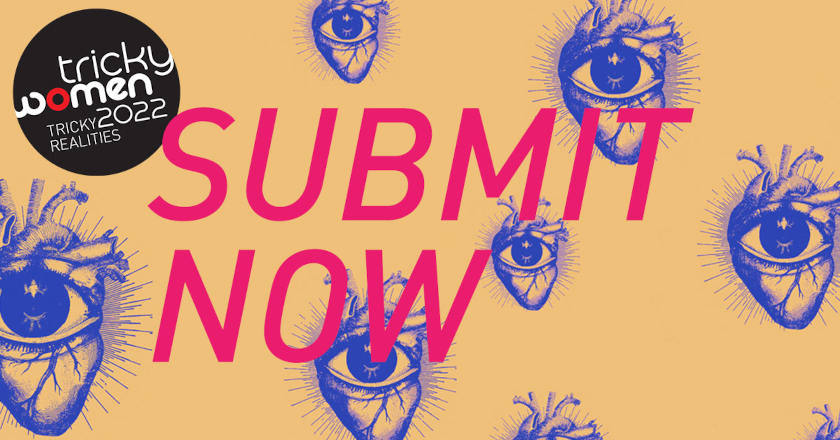 The festival is always held in Vienna in March around International Women´s Day. 2021 the festival celebrates vibrantly its 20th anniversary. TRICKY WOMEN/TRICKY REALITIES is worldwide the only big recurring festival of animated films by female*/trans/inter creators

The festival offers an international competition of animated short films finished after January 1st, 2020 and realised by female*/trans/inter filmmakers (male co-directors are welcome). Each filmmaker, producer or distributor may submit as many films as they like.

Maria Lassnig (1919–2014) was one of the most important artists of our time. Her work as a painter and filmmaker defies classification. She was a pioneer of experimental animation and one of the first women in the German-speaking world to be appointed to a professorship in art. In 1982, she established the Studio for Experimental Animation at the University of Applied Arts Vienna, the first teaching studio for animated film in Austria.

The  festival trailer for Tricky Women/Tricky Realities 2021 was created by Renee Zhan. Renee won the 3-month-scholarship to live and work at Q21/MQ under the Artist-in-Residence program, she will be in Vienna from January till March 2021.

The new festival trailer for TRICKY WOMEN/TRICKY REALITIES 2020 was created by Rachel Gutgarts. Rachel won the 3-month-scholarship to live and work at Q21/MQ under the Artist-in-Residence program at Tricky Women 2018 for her film "A Love Letter To The One I Made Up". The trailer was made during her residency in Vienna in the spring of 2019.

Rachel Gutgarts about the trailer: A glimpse out of an imaginary nature TV show - A windy pastoral patch of flora and fauna. "I started looking for inspiration on nature TV shows, I saw one picture of a female mantis standing on a tree branch, a dark velvety background behind her, staring at me with her big bug eyes - The whole scene had a dark sexual undertone - the flora and fauna in all it's glory and disgust. The act itself fascinated me, explained by the all knowing national geographic narrator, telling me about natural selection and proteins. Myths surrounding female sexuality are there to express basic fears of the unknown. I want to approach the subject with a wink, Like the female mantis, I wanted to toy with the same stereotype I wish to devour."
Director and Animator: Rachel Gutgarts / Sound Design: Aviv Stern / Print: Rachel Gutgarts, Noam Horowitz

Festival trailer made by Polish artist Marta Pajek. She won the 3-month-scholarship to live and work at Q21/MQ under the Artist in Residence Program at Tricky Women 2017 for her film Impossible Figures And Other Stories II. The trailer was made during her residency in Vienna in the fall of 2018.