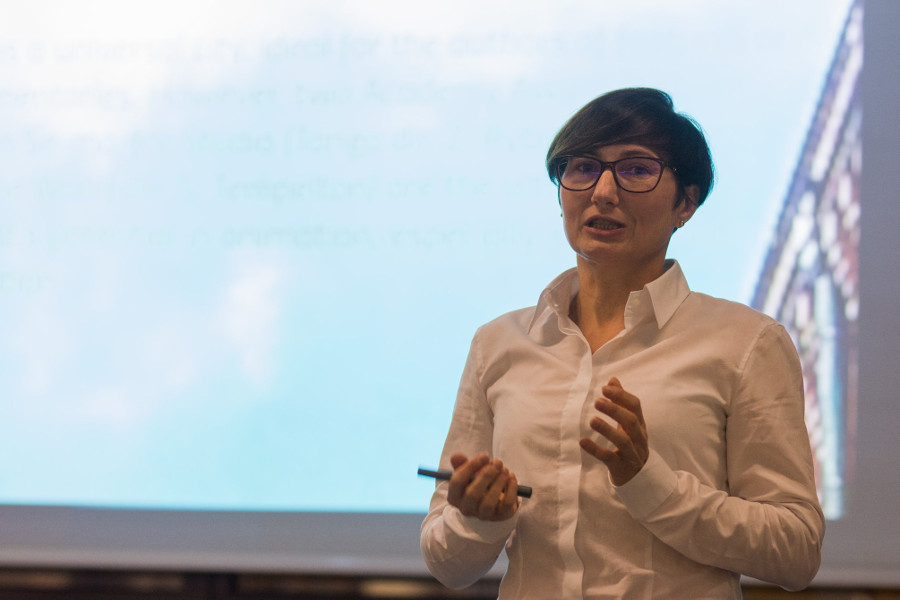 Let's start from the very beginning. Yes, there is a separate funding programme for animation at Lodz, the Lodz Film Fund, now in its 3rd year of co-production format, and it was great that we discovered all about it attending the 2018 Animarkt Stop-Motion Forum

How Much and How Often:

In 2018, the Fund has a budget of nearly PLN 1.5 million (around 347,600 EUR) for both fiction, documentary and animation. The call is administered once per year. Monika Głowacka, Head Of Łódź Film Commission, tells Zippy Frames that a Polish co-producer is not necessary, but is advised to have one, in order to deal with all bureaucracy details.

Animation films could get from 7,0000 to 35,000 EUR. That would correspond to (maximum) 50% of production costs, usually in pre-production (for stop-motion, that would be puppet fabrication, for instance), or post-production; the production would need to to spent in turn 150 % (100 of the co-production funding + 50%-of own investment) in the region.

Lodz Animation Companies
Two animated shorts shot in Łódź won the Academy Award (Tango directed by Zbigniew Rybczyński, Peter and the Wolf directed by Suzie Templeton). Yes, the eclipse of Se-Ma-For stop-motion company has been a major blow to the industry, but new companies have now arisen and do successfully international co-productions.

WJTeam:  "Our recent international collaborations include big puppet productions such as Wes Anderson’s „Isle of Dogs” and series of feature films „Solan and Ludvig” produced for Norwegian market. We also had a chance and unforgettable pleasure to cooperate with Sylwia Nowak on Aardman studio’s project. We hope for Łódź to develop even stronger as puppet animation center of Poland - Justyna Rucińska, WJT Team / Likaon.

Toto Studio: "Animation has this great advantage over live-action films that the distance between co-operating companies and artists is not a problem, at most a challenge" – Agata Gorządek, TOTO Studio.

Film Production Support
MOMAKIN: "Sometimes our role is limited to finding the right production designers, animators, a VFX specialist or a sound designer. And sometimes our responsibility is much bigger. For “Kids of Courage” TV series (prod. LOOKS Films) among our goals were not only finding a Polish co-producer and financing (the film was eventually coproducer by Lodz based TOTO Studio and Lodz Film Fund from EC1 Lodz), but also assembling the best film crew for designing and building sets, making figurines in different scales, shooting special effects and postproduction of Polish language version". – Katarzyna Gromadzka, Head of MOMAKIN Agency

Film Culture:
Łódź is the home of the National Centre for Film Culture (NCKF) – a cultural institution which functions as a cultural and artistic centre, with dedicated spaces for exhibitions, educational programs, and research. Łódź is also the base of Łódź Film Commission (ŁFC) – part of cultural institution EC1 Łódź – City of Culture, whose task is to provide filmmakers looking for talents, shooting locations, production base, servicing companies with full assistance. Furthermore, ŁFC runs a co-production fund – the Łódź Film Fund – which supports inter alia the production of animated films. And finally, in October 2017 Łódź joined the UNESCO Creative Cities Network as the City of Film