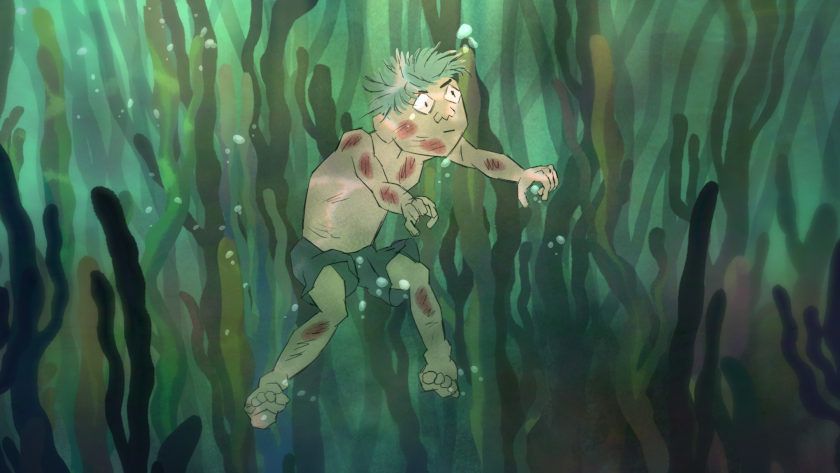 His most recent film, Nettle Head, followed a group of teenage boys as they enter a forbidden zone, to confront their innermost fears as a rite of passage into adulthood. The story is set in a sumptuous but deeply unsettling wilderness. The visceral soundtrack builds empathy with the characters, as they experience fear, pain and ultimately connection on their journey through the wild zone. Cabon described how he worked closely with the sound designer: "All of the rhythm of the film was on his shoulders", and the foley lets the viewer share the boy's experience of fear and release. The foley was also required to build a rhythmic undercurrent, a viscerally musical element, to help drive the drama.

Cabon explained that he wishes to make films that fuse sci-fi adventure with darker meanings, including death. Nettle Head is his most serious, dark and candid film, exploring the theme of accepting danger as part of being alive, and in contrast with Storm on Anorak, it does not include humorous interjections. As an adult-oriented animation, it is highly unusual, through the story's darkness and deep empathy with the main character.

Cabon feels that mixing serious artistic storytelling with quirky, funny comedy, that there is a pressure on the animator to make a choice between genres, in order for the work to find an audience. The story for Nettle Head relates to Cabon's childhood, growing up by the sea, jumping off cliffs with his teenage friends. He relates his inner struggles as a teenager, feeling a fear of jumping from a high cliff into the sea, to the experience of the characters in Nettle Head, conquering their own fears in exploring a forbidden wilderness; a rite of passage, where the boys become connected through their journey, and are rewarded not with death but with the rush of life. 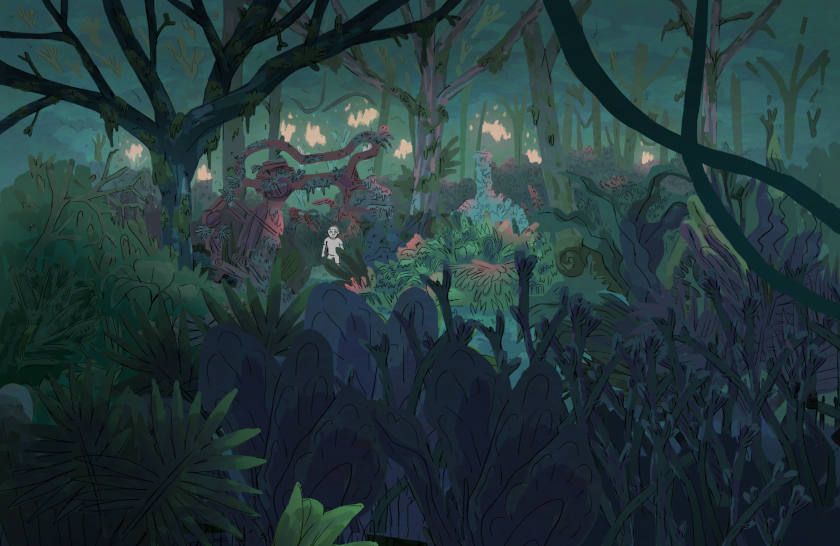 Cabon chose to develop the story through direct storyboarding, bypassing a written form, working directly in images. On one hand, this led to the development of a visually dramatic film, with striking compositions and transitions. At the same time, this was a very lengthy and time-consuming process, with the film at one point extending into a 20-minute animatic, later cut down to half this length.

Regarding a future creative approach, to help manage long term projects, Cabon explained that he finds it a really good idea to "keep some blank moments in the script", whilst having a general structure and plot devices blocked out before going into storyboarding. This retention of key blank spots within the lengthy production process of a film enable ongoing innovation, and can help to retain looseness within the film. As Cabon stated, it's really hard to "keep the energy whilst working on a film, and it lets you keep the mojo for working on it..."; so it is essential to keep moments of decision making open-ended, to be explored during production, whilst following an established structure: Cabon explained that he likes precision, but also feels that it is essential that the ideas are "bursting out on the edges", to have animation which is carefully produced, but also has loose moments of overflowing energy.

In making Storm Hits Jacket, Cabon wanted to make a wildly inventive story, packed with lots of genres and ideas. Behind this genre-fusing approach lies the concept of being consumed within a storm, surrendering to an energy stronger than oneself, letting go and becoming mixed with a multiplicity of other elements, in terms of genre and story-arc. As a narrative device, the storm operates as a character, allowing the writer to make different elements bump together, literally and symbolically, to see what emerges from the wild energy. Cabon described a very organic process for story development, referring to little details such as when one of the scientist characters "pings"; a Witch's nose: although a simplistic element, this became a key device in developing a sense of weird magic flowing through the story, connecting the elements, and allowing for humorously composed close-ups.

In Storm Hits Jacket, two young scientists in Brittany, France, on the verge of a major research breakthrough, are threatened by industrial espionage. As a huge storm hits, their world erupts into chaos, romance and weirdness. Powered by a driving, pumping wind-and-noise soundtrack, the film features lusciously atmospheric landscapes and dark and quirky characters. The production design is great, with a deep sense of story underlying each environment; in the scientists' workroom, there are plates and food detritus littering the tables; and at the beach, as the drama unfolds, a lone surfer ventures out into the wild sea, oblivious to the central narrative.

There is a strong sense of a whole world existing beyond the edge of the story. The interaction of characters, fighting, becoming angry, flirting, desiring and laughing together shows a unique voice in contemporary adult animation. Paul Cabon is currently writing an animated feature film for future production; but having previously come out of a long-term production process with Nettle Head, he now aims to make a short film. We greatly look forward to seeing more ground-breaking work by this innovative and exciting director. 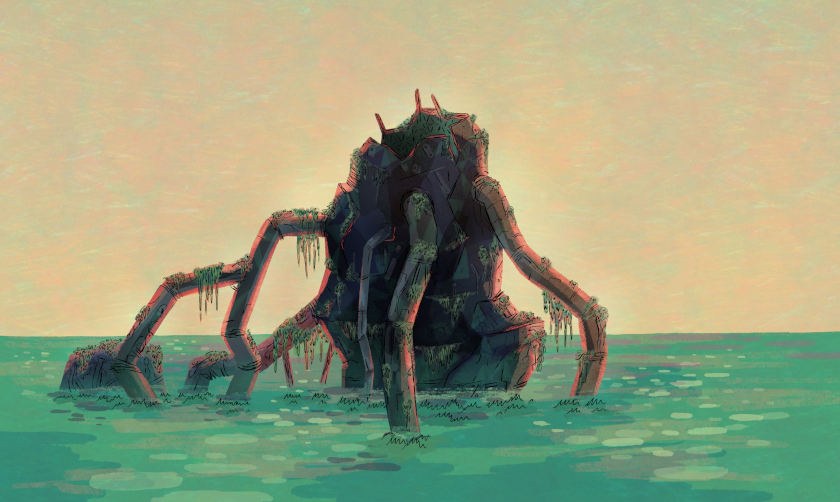