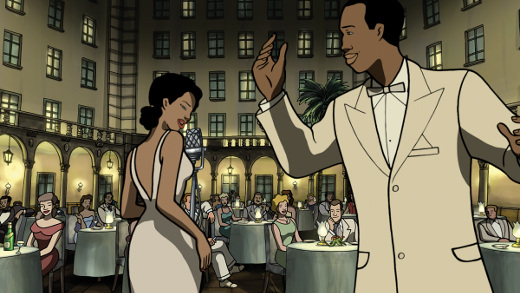 The mesmerizing story of a young singer and her lover pianist in pre-Castro Havana, directed by Fernando Trueba (Belle Epoque) and Javier Mariscal may seem like an outfit from A Star is Born, yet has tremendous affective power. (Read the film review here)

Now the independent distributor GKIDS acquired the rights and, under the name Luna Films, will release Chico & Rita in the US early 2012.  Furthermore, it will organize a Los Angeles qualifying run in December 2011,  for the film to be eligible to compete in the Best Animated Feature category at the 2012 Oscars.