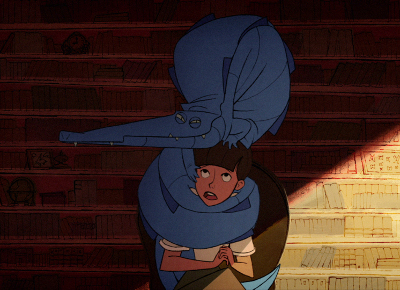 A young woman is being followed by a crocodile who represents her shyness. As he makes her life a living hell, she tries by every means to get rid of him.

The film shines with cleverness,  and it is a well-orchestrated game of light and shadows, with an all-plastic crocodile. The playful jazzy music of Laurent Courbier makes In-Between as light as a feather.

Watch the making of the film. Visit http://inbetweenlefilm.blogspot.com