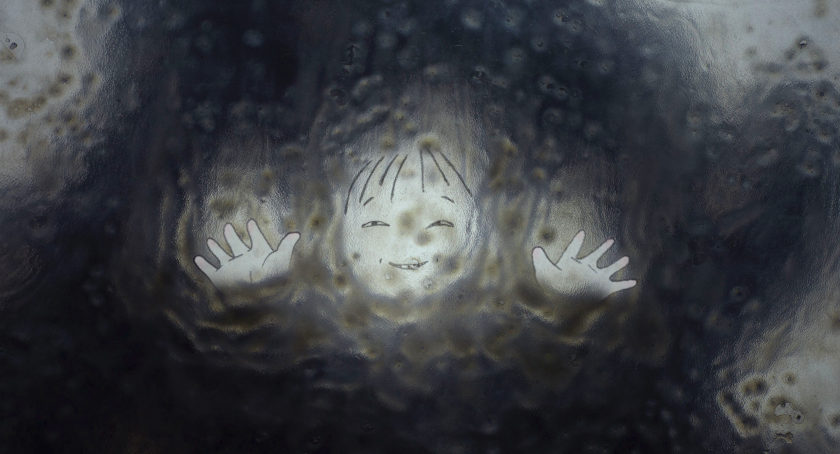 Lah gah lets us dive into sunny childhood memories, when a girl is singing and cooking with its father. The 2D/stop-motion animation short by Cécile Brun traveled and won awards at various places, including Tricky Women, Animateka festivals.

In her own words:

An intimate moment, so simple. But they’re swept along by the wafting mass of dough into the emotional depths of loss and disappearance; Helpless, the child is trying to grasp what is not tangible. A very personal view on the experience of loss and letting go, the exploration and expression of accumulated emotions such as isolation, regret, deep sadness but also relief and still hope and happiness - Cécile Brun

Film Review (Vassilis Kroustallis):
Lah- Gah (Letting Go) is an inconspicuously-looking animation film, which can still grab you and guide you into a sea (or dough) of emotions. The story of a girl and her father is here represented as an act of omelette cooking; omelette cannot be done without breaking the eggs first, and relationships cannot last until you learn to be able to part from them. The 2D component here is a facade to give us a stop-motion ocean, with its ripples and waves, attempting to devour everything and everyone. Cécile Brun takes the hands to signify union, but also penetration through an environment largely indifferent (if not directly hostile). The cultural reference of the creator and the created holding hands and ready to leave each other is here recreated; yet, despite its subject-matter, the tone is lighter, as an experiment in parting.

Cécile Brun knows how to make fast-paced scenes, but her best moments come when the two characters simply interact, and shots move from the one to the other. The childlike design of the characters gives its place to the rough and porous texture of the dough, like a universe in whose black holes everything has to succumb. This balance between the familiar (and the familial) and the undifferentiated universal gives the film its distinctive quality; Lah-Gah (Letting Go) is not a film about mourning, it's a film about being out and about when everything else crashes around you. A soothing film.