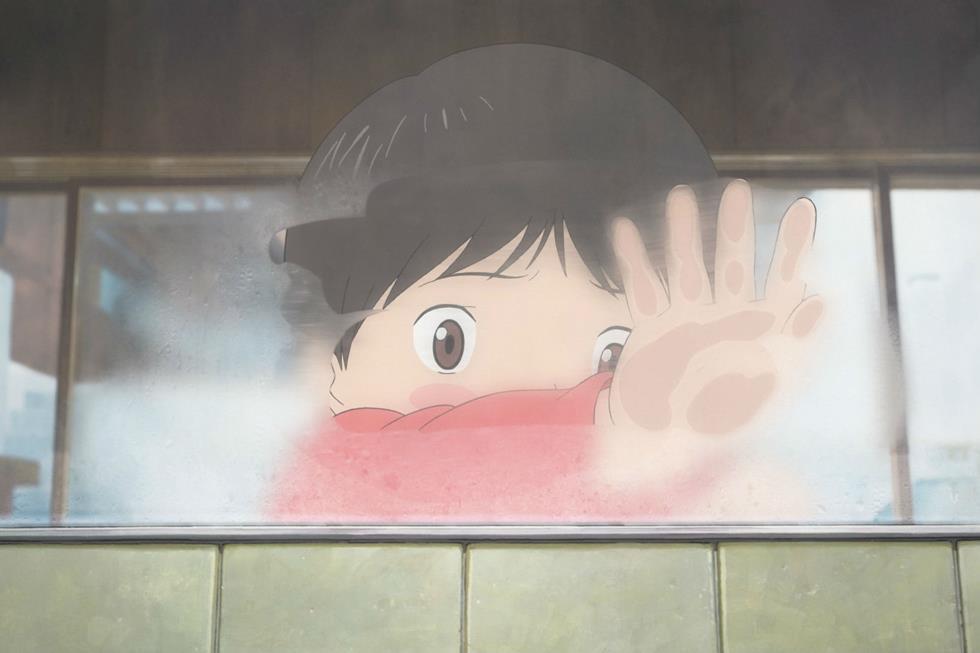 This may not be one of Hosoda's more fantasmagoric works, but Mirai (produced by Studio Chizu) it is intimate and somehow familiar to all.

Kun, a 4-year-old boy (Moka Kamishiraishi makes for an impeccable performance) is justifiably concerned about the coming of his new-born sister, Mirai  at the household. His father (Gen Hoshino) is an architect, and has made their home to look like an apartment ready to leap through time, whereas his mother (Kumiko Aso) somehow is always irritable, and blames her household-incompetent husband for everything. Then, the adorable Mirai arrives, in a country house where both Kun and Yekko the dog, used to have their own priorities.

A family story like all others (but still with a gentle comedy all around it), Mirai has almost the wrong title. It's actually Kun's story all along: an energetic boy with the love of bullet trains, but who cannot even learn to ride his own bicycle without even making a fuss all over the park. Kun is the strongest (but sometimes too irritating) character in Mirai, and his attempts to adapt his baby sister to his own habits end in disaster. Then, a sort of semi-miracle happens and both his dog, and his (now teenager) sister come along to tell him how to look at the bigger picture -where petty jealousy and egoism is only too shallow to live all along.

Future here is not the means to superpower activities: Mirai cannot be at both present and future simultaneously, and this creates a lot of comic episodes when things have to be coordinated. Doll love and the Japanese knack for rituals are more than adequately parodied in the "dissasemble the dolls' incident.

Kun and Mirai are only the siblings of a big family, which extends back to WWII, and also includes an engineer grandpa with a disability acquired during this time. A first journey to the future is accompanied with a second journey (in a fish-filled sequence) to Kun's mother past. The episodic structure of the film works as a (sometimes predictable) caleidoscope of moods and problems; these defy those that Kun has to face in his daily worries, like being escorted by his father at school). Colors and mood change from realistic to present sense to more nostalgic palette in the WWII scenes, but also turn to a futuristic environment in the magnificent Tokyo Metro scene.

In a film dealing with time travel, preoccupation with transport is the most natural assortment . Nowhere is this more evident than when Kun decides to board his favorite train to go to Tokyo, where nameless (inability to remember your great-grandpa's name) means being abandoned. Nightmares could become true if bonds are not acknowledged as such. In a nod to Frank Capra's counterfactuals in It's A Wonderful Life, Kun gets to know what it is to live outside his own family bonds.

Animation is here more than able to follow the restless Kun's restless face movements, and crying is so exaggeratingly done in order to secure those laughs. Mirai has some fine-tuned family stories to say (especially the way mum and dad still struggle with traditional family roles in Japan). Without being groundbreaking, and still firmly rooted in family past as a key to individual future, it provides a wormhole to look further away than your own courtyard.