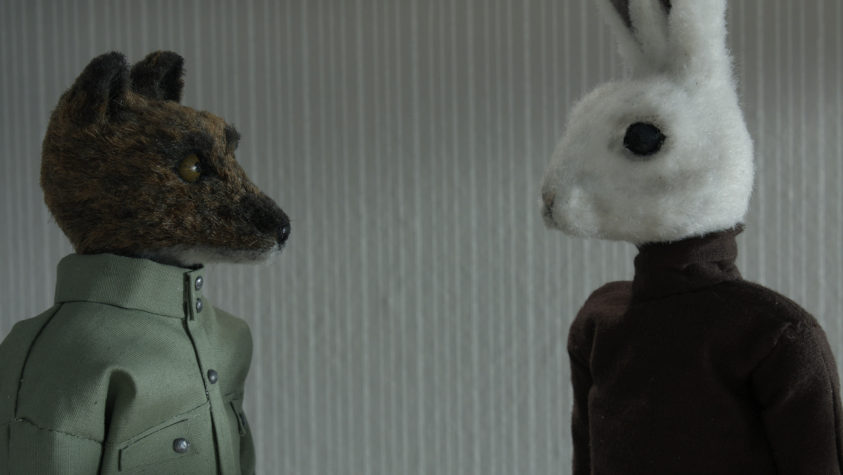 Swedish director and artist Niki Lindroth von Bahr has emerged as a major force in the indie stop-motion animation world during the last decade; her films combie the absurdist agony of our post-human era mixing with a healthy dose of humor and an accented sense (sometimes musical, and an even full song-and-dance) sense of delivery.

Her third film, 'The Burden' (2017) won the Cristal d' Annecy for Best Short Animation, and her films have been selected for Sundance Film Festival, Berlinale, Edinburgh Film Festival, and have garnered corresponding awards.  Her contribution to the Netflix original stop-motion shorts series, 'The House' (along with Emma De Swaef, Marc James Roels and Paloma Baeza), is eagerly anticipated -premiering 14th January 2022.

Criterion Channel has programmed a retrospective of her films, including her earliest one, 'Tord and Tord' for streaming (US and Canada availability). Here's the full lineup, with film trailers:

One day, Tord accidentally walks in to the apartment next to his own. Another person named Tord lives there, he has just moved in.

Six characters meet in a bath house. The pedant bath house manager, a couple with a strange way of communicating and a gang with shady intentions. Something goes wrong.

A dark musical enacted in a modern marketplace, situated next to a large freeway. The employees of the various commercial venues, portrayed as animals, deal with boredom and existential anxiety by performing cheerful musical turns. The apocalypse is a tempting liberator.

A lullaby before the great disaster. Two pigeons visit a zoo without animals, a snail measures his blood pressure at the doctor, in the CERN laboratory something has gone terribly wrong. Six moments from our age, like memories of the world we leave behind.