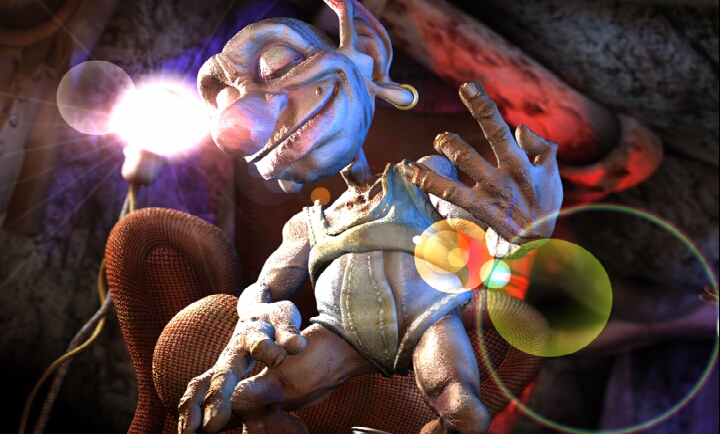 It is quite a wonder that this short was not available online long before. Back in 2002, Slovenian director Dušan Kastelic (and director of the recent acclaimed short film, The Box), conducted a music video that also screened at Sundance film festival.

In the 3D computer-animated The Perk, a goblin creature shares the fate of many mine-workers, who become unemployed when the factory shuts down. The only solution is music.

The coal-mine in my hometown was shut down. Many miners were left without work. Theirs were many sad stories. But people weren't the only ones affected. There was another jobless creature... ...called Perk.

Inspired by a real incident, The Perk has vestiges of Kusturica's Underground, with dizzying goblin movements alternating with  the polka-punk band Orlek performing, and its backgrounds have lot to tell about misguided revolutionary attempts and consumerism as the main workers' dish.