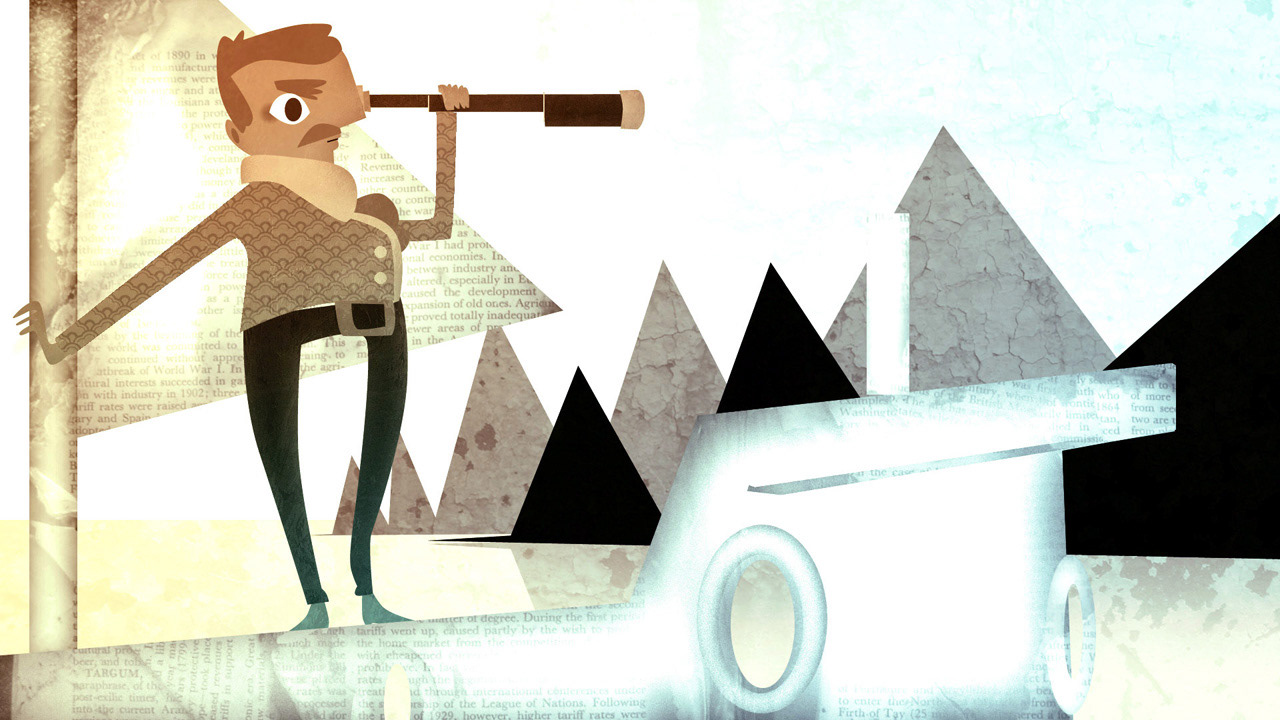 Pinchaque tells the story of the Discovery of a new tapir species that lives in the Colombian Andes. This discovery was made by two Franch scientists from the 19th century. It also describes the role of this species in the forest and its relation with native people.

Angular shapes and edgy topics abound in this always interesting to watch 2D short. A narration that involves hide-and-seek, moves from history to present date makes a very difficult subject (man and his nature) handled with gusto and fun, with a playful English voiceover.

The film was commissioned for Tolima region in Colombia (2011).  Caroline Attia has also developed with Sacrebleu productions as director and visual development artist a TV series project: Casimilo and the legends of the new world (watch the trailer).

Visit her own personal page.