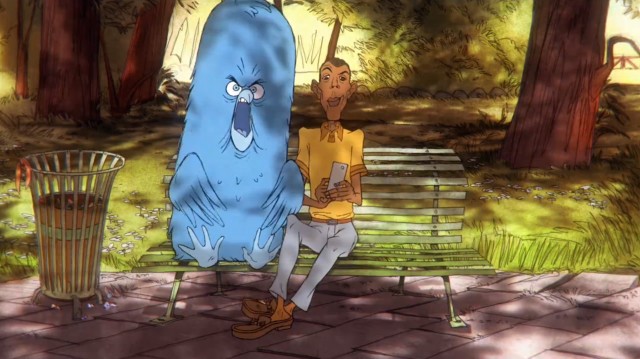 The Oscar-nominated French director Sylvain Chomet goes heavily on capitalism and the emergence of social media in his visual treatment of Stromae's Carmen (influenced by the famous Bizet opera).

With a narrative trajectory that quickly rises from childhood to death in just a few minutes, and a tweeting bird that acts as the character's nemesis, the director of Triplets of Belleville (who co-wrote the story along with Orelsan) presents a very gloomy view of the social media world.

The 2D iconography makes the video even more grotesque and ominous than a 3D computer technique would allow - yet, this fact should not trouble the French director, who was paramount in presenting grotesque figures to a "mainstream" narrative features back in 2003.

A very refreshing take on the Carmen theme of seduction and destruction -even if very partisan and somehow unfair to the social media influence.