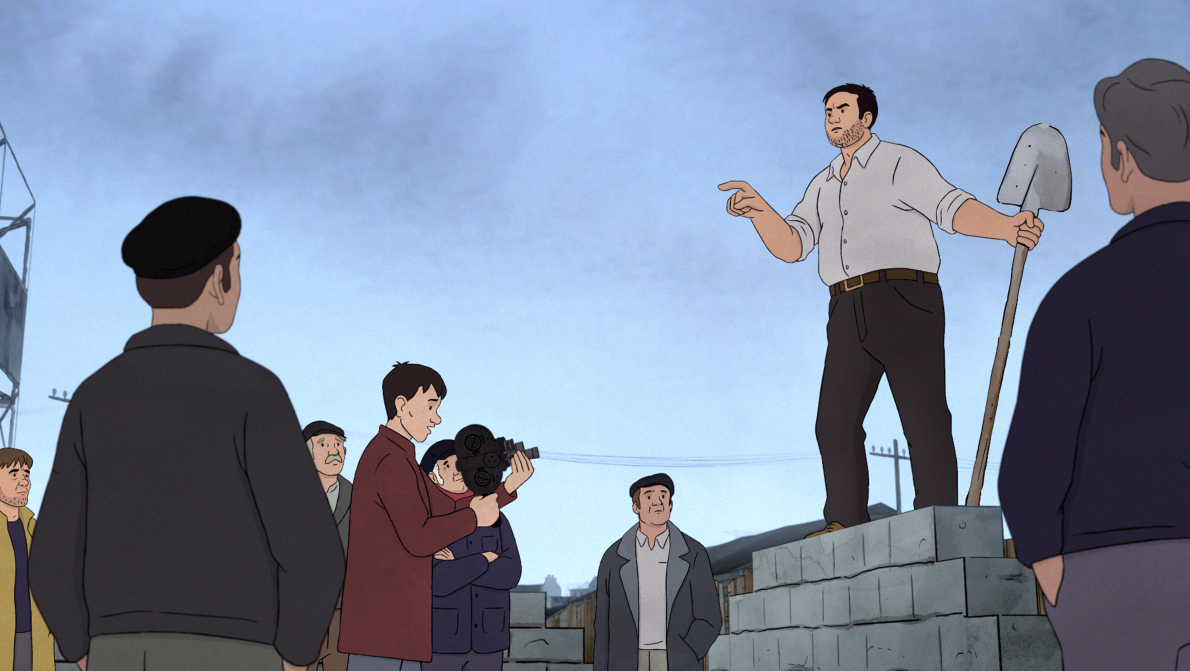 Coming from the adaptation from the eponymous graphic novel of Kris and Étienne Davodeau  (published by Editions Futuropolis), the new animation feature by Les Armateurs (Kirikou and the Sorceress, Triplets of Belleville, The Secret of Kells) Un Homme Est Mort (A Man Is Dead) narrates a very real incident in post-WWII France.

When the worker Édouard Mazé is shot in the head during a strike for a better pay (Brest 1950),  the filmmaker René Vautier records the incident, and projects it (a not easy task) to a traveling cinema along France.

French VFX artist Olivier Cossu undertakes to direct the 66-minute TV animation feature for ARTE  (a co-producer, along with Vivement Lundi! and the support of Region Bretagne).

Brest, 1950. Workers are on strike calling in vain for higher wages. P'tit Zef, Édouard, and Désiré take part in the demonstrations organized by CGT syndicate when the situation suddenly becomes violent. The police shoot into the crowd and a bullet hits Édouard. The CGT calls upon the filmmaker René Vautier to film the events- Film Synopsis

The scriptwriting (by Kris, Guillaume Mautalent and Sébastien Oursel) took two years to write;  the film will be a hybrid of 2D/3D animation - rendered in 2D.

The film was presented as a work in progress during the 2017 Annecy festival. It shows that animation filmmakers and producers still try to tackle sensitive political subjects in animation ways far from the shiny and polished look of contemporary mainstream.

It seems that Brittany enchants French filmmakers; J. F. Laguionie produced Louise By the Shore in Brittany (JPL Films), while the film itself explores some of the Brittany (and Normandy) seaside atmosphere.

Un homme est mort , on the other hand, promises to be more confrontational. Here's the film's official Facebook site.  French studio has also on its slate another political animation feature on its slate,  the The Swallows of Kabul. 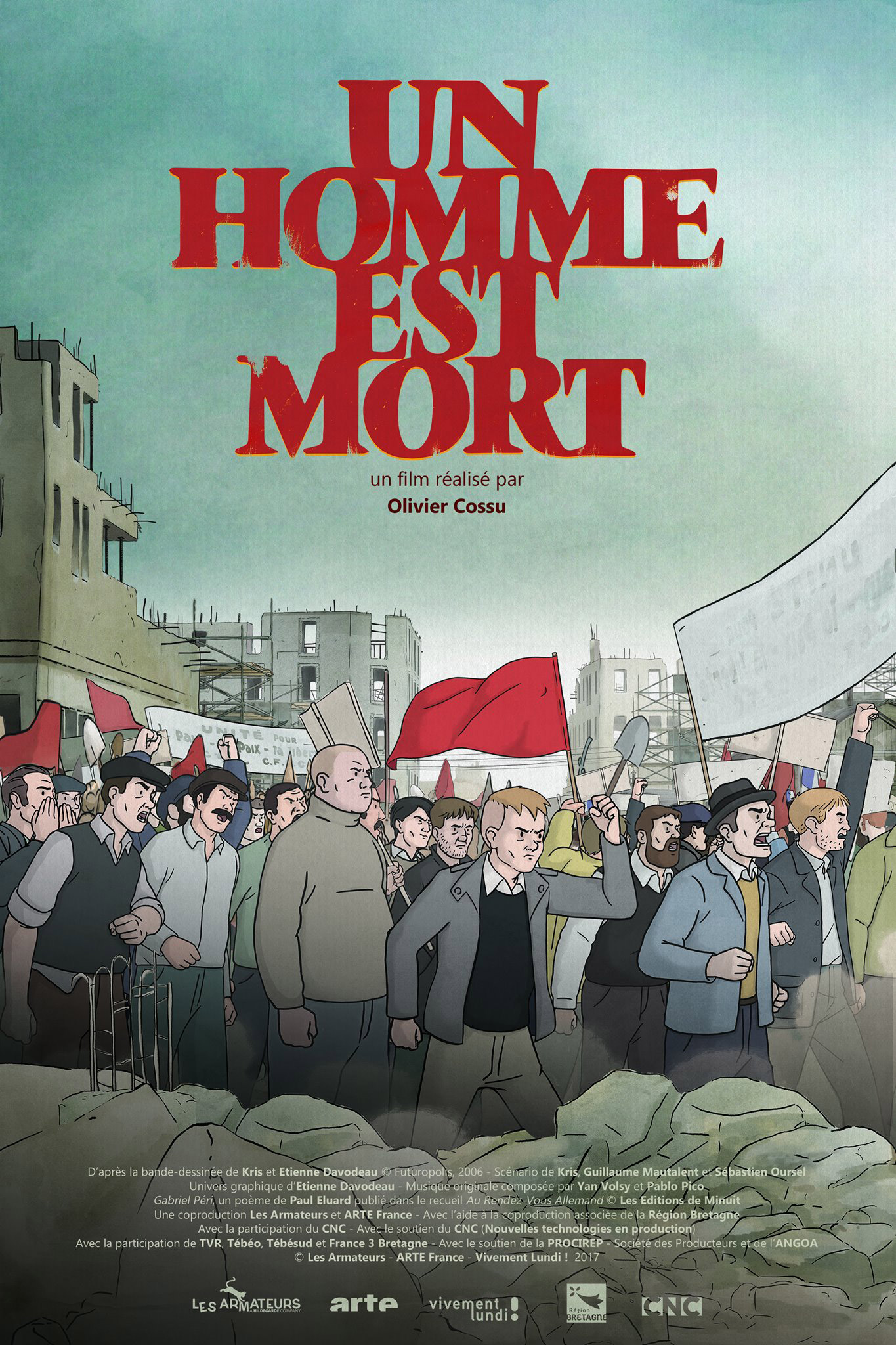