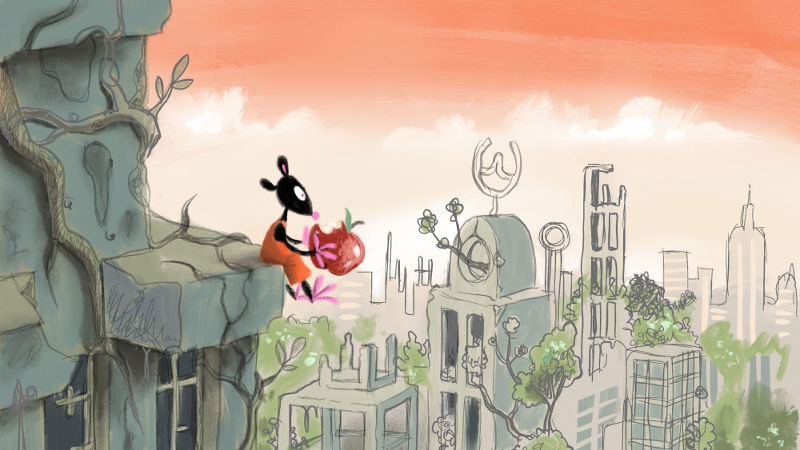 The stop-motion Argentinian artist Juan Pablo Zaramella has a feature animation film in the making. As first reported to Eliane Gordeeff (the whole interview here) he developed a puppet films called Coda.

Coda is addressed to kids 8+ and family audience, and has secured two production countries: Chile's Zumbastico Studios (Alvaro Keppi) is on board, along with JPZstudio, this being the first co-production in animation between Argentina and Chile.

The film is based on the famous Plato's Cave myth found in his Republic work. Why do people who basically share the same space live entirely different realities depending on where they’re born, their social status and the opportunities they have? "It offers a metaphor of social realities in Latin America with a universal narrative, focusing on essential values for kids: empathy, equality and diversity".

Nina, a mutant rat-girl living in an oppressive underground village with others of her kind. This hidden society recycles trash into energy, and believes the universe ends at the limits of what they can see. One day, Nina discovers the outside world and with a mixed feeling of fascination and horror starts to see new possibilities and better understands her reality. It also marks the end of her innocence - Project Synopsis

The name Coda comes from the Rabbit metropolis, where Nina is suddenly led to, and has to survive outside her familiar world. The project aesthetics will have a “UPA in stop motion” style with graphic and colorful backgrounds, and simple and expressive character design.

Juan Pablo Zaramella gives further details to Zippy Frames about the project: " I wanted to talk about how difficult is to see life in perspective when you have a limited point of view, that is what happens in Latin America societies: poor people have no opportunities to grow and to be part of the system, unless the governments and rest of the society shows them that they belong to it. 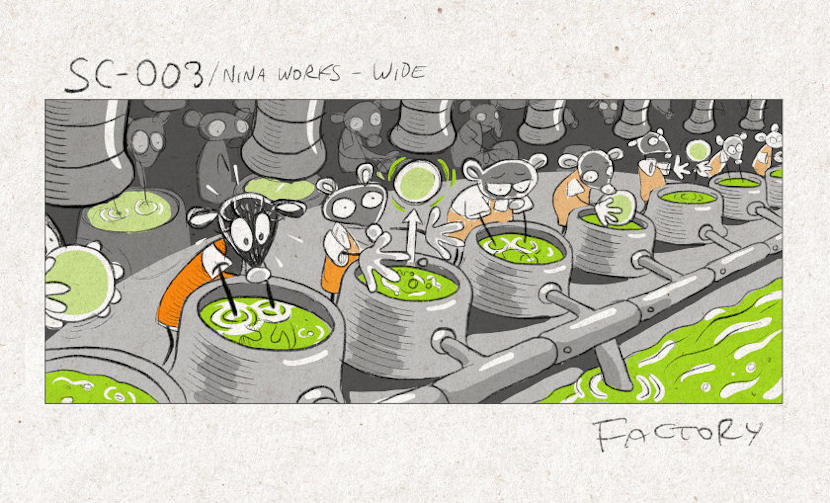 For me, the main incentive to do this project is to show the extremely change of perspective that Nina has. The film have two big twists: the discovery of the wonderful external world and the revelation of how the two worlds are connected - Juan Pablo Zaramella

The film project also features a mockumentary inside the film itself, where Nina faces the Great Supreme being. " I love the mockumentary format, and I thought that it was the perfect resource for this segment of the film" tells Zaramella.  It just appeared during the writing process: I decided to describe the pre-history of the Great Supreme, not for the script, but in order to understand better the character. But after re-reading it, I understood that it could work as a section, in a new style, but compatible, and as a renewal of the interest of the audiences, bringing more light to the whole universe of the film. It’s a kind of spin-of inside the film itself."

Zippy Frames Sneak Preview: It is a deeply symbolic and political allegory; rats and rabbits are only mouthpieces for ignorance and the need to truth. It is one of those projects that, when implemented, can have the power repercussions that Boy and the World had. With a subject-matter that shares affinities to Psychonautas, but here implemented in a completely different direction, Coda looks like a much-needed family political feature in stop-motion.

The stop-motion project was first pitched at Ventana Sur Animation market (Buenos Aires, 2-6 Dec 2019). It won the Annecy MIFA Prize (which led to the CODA participate in the Annecy MIFA 2020), and the WEIRD (former 3D Wire) WEIRD Animation, Video games & New Media Market prize (accreditation and support to participate in the 2020 edition for the most innovative project among Animation! Pitching Sessions 2019).

Coda has its first treatment draft written and graphical solutions to be soon finalized; it now (June 2020) looks for further development funds to continue the creative process. 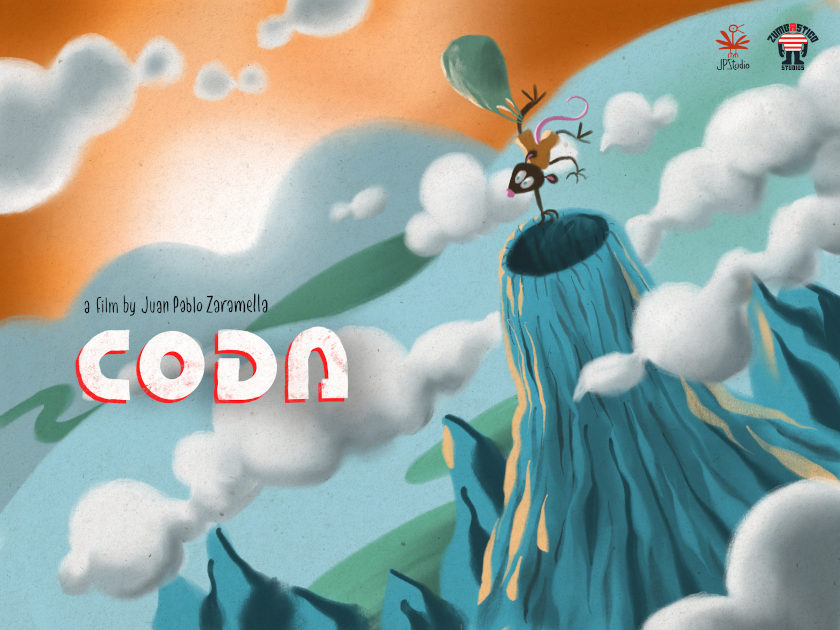