Mad God is an experimental animated film set in a world of monsters, mad scientists and war pigs. A corroded diving bell descends amidst a ruined city and the Assassin emerges from it to explore a labyrinth of bizarre landscapes inhabited by freakish denizens. This unique labour of love combines many innovative animation techniques and has taken Phil Tippett 30 years to complete.

This experimental animated feature film has finally been completed after Phil Tippett initially began work in 1987. At the time, he started to develop the film as a personal project, to allow his imagination to explore freely through a universe of creatures, worlds and nightmares. The project was then shelved, due to Tippett working commercially, on projects including 'Robocop','Harry Potter' and 'Hellboy'. Years later, a group of animators working at Tippet Studio in California found the shelved project, and convinced the director to resume work.

The film deploys the full range of stop-motion and hand-crafted processes, to develop a highly charged and visually dazzling assault on your senses.

An assassin descends in a battered diving bell deep into a labyrinthine ruined city. As he navigates the city, the assassin observes scenes of depravity and destruction: giant figures seemingly chained to a row of toilets defecting muck into the mouth of a strange organisms below; workers made from hairballs being endlessly consumed and destroyed by automated machines, as food for the city.

With strong echoes of the painting ‘The Garden of Earthly Delights’ by Hieronymus Bosch, there is a dark humour in the design of so many weird creatures: many feel like they are human intestines spewed out as creatures, or breasts and anuses and eyes erupting out of bulbous-faced monsters. Monsters with grotesque huge penises stamp and crush the workers, and there is a gleeful delight to the wildness and debauchery in the character design. 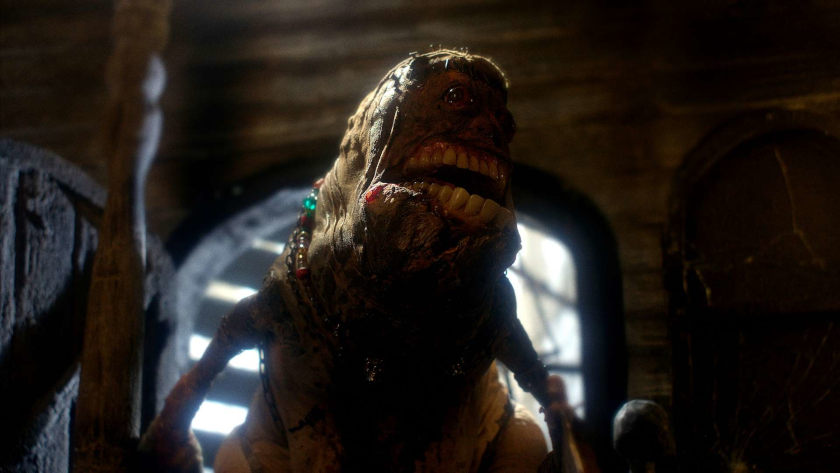 The city evokes an Orwellian sense of control, through Big Brother type broadcasts on giant screens, echoes of piles of belongings in concentration camps and an all-pervasive darkness and violence. Technology and automated machinery are harnessed to exploit and destroy the city dwellers, and it is a hostile and gore-filled environment. The deeply atmospheric lighting bounces off the goo and slime covered walls and steps, the textures glistening in the gloom.

A particularly striking scene leads us to a torture house in the form of an open fronted tower block, like some depraved dolls house revealing a vision of all the separate inmates on their torture beds. 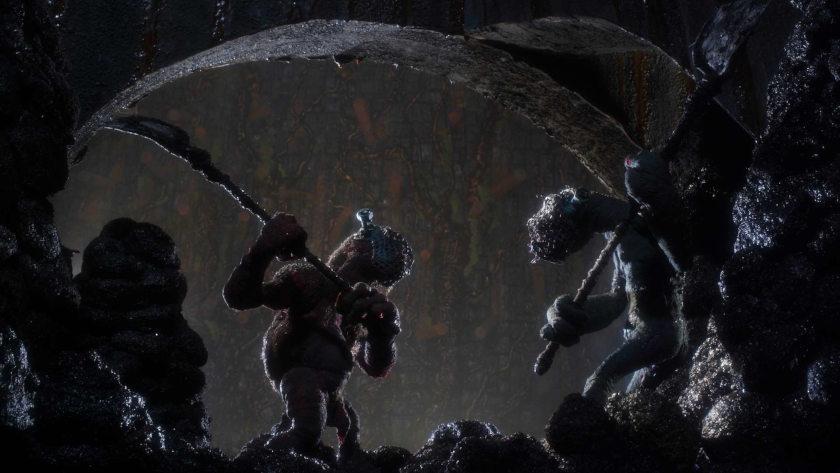 Expect a highly visceral, vomit and defecation-drenched odyssey into a fantastical heart of darkness. 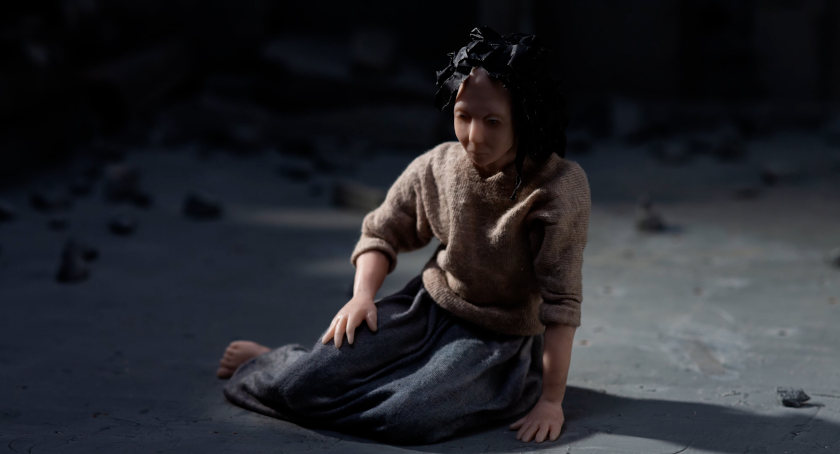