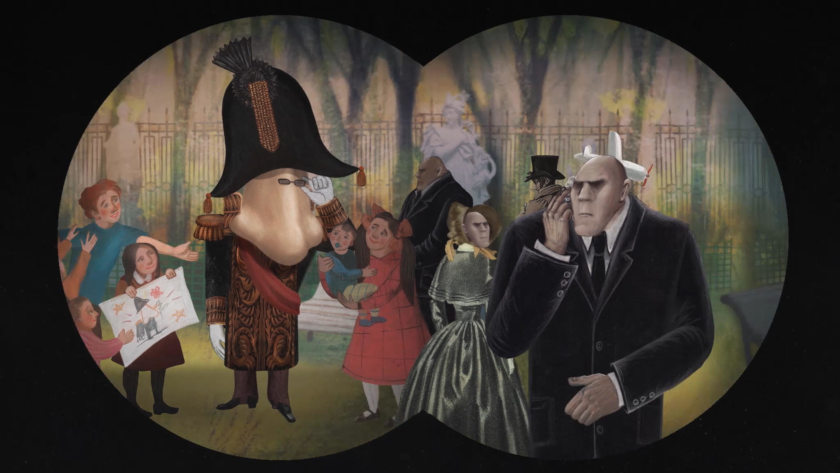 The Nose or the Conspiracy of Mavericks

76 films were submitted to the Annecy selection committees and to the Artistic Director, Marcel Jean. 20 films are competing in two competitive sections. Among them, and apart from the usual producer countries (France Japan, South Korea, Russia, etc.), you will notice there is a film from Chile, Mauritius and Egypt.

The two French films are by Joann Sfar (Cristal for a Feature Film in 2011 for The Rabbi’s Cat) and Rémi Chayé (Audience Award in 2015 for Long Way North). Another notable attendance is the Russian master Andrey Khrzhanovsky (winner in 1995 for The Grey Bearded Lion). His new film,  The Nose or the Conspiracy of Mavericks, Andrey Khrzhanovsky premiered at the International Film Festival of Rotterdam.

Only one woman is at the helm in this selection: Ilze Burkovska Jacobsen with My Favorite War, based on the director’s personal story, who grew up in the USSR during the Cold War. 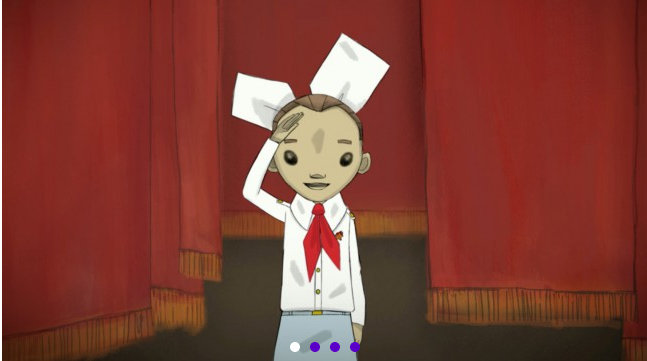 Check also the Polish feature Kill It and Leave this Town, Mariusz Willczynski  which premiered at Berlin Film Festival 2020.

10 Feature Films in the "Official" competition

10 Feature Films in the "Contrechamp" competition

NB: Not all feature films selected will be put online during the Annecy 2020. The Annecy Festival management reports: "The financing conditions and session rights according to specific territories or markets prohibit certain films having unrestricted access. Therefore, in the event that certain films cannot be offered to all festivalgoers we have requested the producers provide a minimum 10-minute extract or to produce a short documentary presentation. The jury members will of course have access to the films in their entirety."