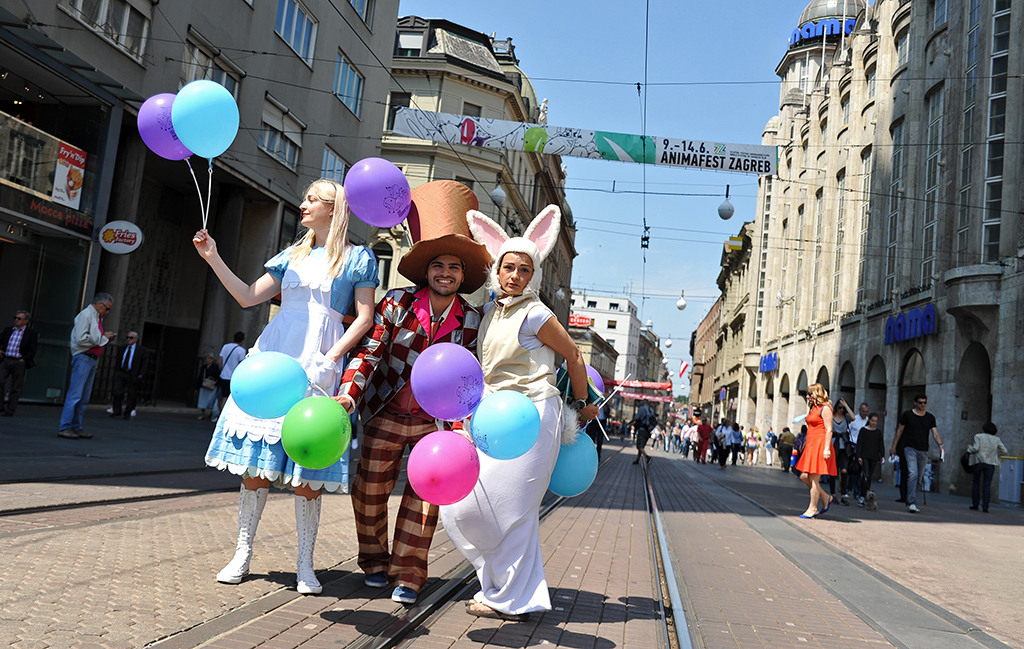 It can't be missed. See what Animafest Zagreb keeps in store for its 2015 edition.

The World Festival of Animated Film – Animafest Zagreb opens the doors of three Zagreb's cinemas – Europa, Cineplexx Centar Kaptol and Tuškanac – on Tuesday, 9 June. Here are some highlights of the programme, which includes more 300 films and associated activities.

The renowned winner of the British Film Academy Award and the prestigious French Cesar, and Animafest's two times best animated film winner, for The Three Inventors (Les Trois Inventeurs) in 1980 and Azur & Asmar (Azur et Asmar) in 2007, is the winner of this year's Lifetime Achievement Award. The award will be handed to him at Animafest's opening ceremony (9 June, 19:30).

2. The competition programme: Animafest has decided to merge its short and feature film editions. It presents for the first time a competitive programme in features which includes Bill Plympton's Cheatin', Signe Baumane's Rocks in My Pockets and Tomm Moore's Oscar-nominated Song of the Sea. Be sure to spot out the Croatian feature by animator Dalibor Barić and composer Tomislav Babić Unknown Energies, Unidentified Feelings

3. The Alice Theme : Exactly 150 years since Lewis Carroll's Alice in Wonderland, the beloved story becomes  the inspiration for the 2015 Croatian fest, which includes both classics (Disney's and Jan Svankmajer's Alice - two works that couldn't be any different), shorts and curiosities. Two Disney's short films, from 1923 and 1936, followed by Jabberwacky from Švankmajer's earlier phase, a curious interpretation of Alice commissioned by the American Mental Health Institute, and a surreal sexual film by Vince Collins Malice in Wonderland are in programme. More info: http://animafest.hr/en/2015/program/being_changed/1

4. Cartoon D'Or programme: The best European animation shorts in a single programme during Animafest 2015, as curated by CARTOON , after their respective festival wins in acclaimed animation festivals (including Animafest). The complete line-up.

This year's keynote speaker is Giannalberto Bendazzi, a well-known film historian, author and professor, as well as the winner of the first Award for Outstanding Contribution to Animation Studies in 2002. In his talk Alice in Studyland he will highlight the accomplishments, but also the obstacles to the rapidly growing field of international animation studies. View the complete programme

6. Animafest Pro: Chris Landreth, Tomm Moore will give respective lectures on their animation work, and workshops on video games and interactive animation give a more contemporary feeling to the Zagreb fest.

7. Animafest Goes MSU: Explore the 16 site-specific animated works from all over the world (Australia, France, USA, Croatia, Italy, Poland, Hong Kong,Great Britain, South Korea, Germany, Slovenia) to be exhibited at the media façade of the Museum of Contemporary Art (26 May – 14 June) .