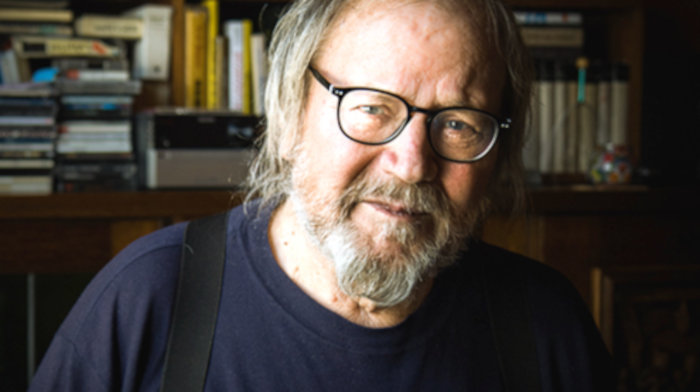 Everyone is also waiting for the new Czech puppet feature film for children Even Mice Belong in Heaven by Denisa Grimmová, Jan Bubeníček.

The film will have a separate exhibition to open on 22nd June (festival opening) and will last until the end of 2021 (Liberec Chateau).

And there's another Czech puppet animation feature, A Colourful Dream (Barevný sen) by the acclaimed director Jan Balej starring humans and seagulls focuses on the issue of freedom.

Anifilm’s Lifetime Achievement Award will be Presented to Edgar Dutka

This year, Anifilm decided to present its Lifetime Achievement Award to Professor Edgar Dutka, one of Anifilm’s regular visitors. He has played a vital role throughout the history of Czech animation and we can hardly imagine it without him. For a long time, he worked as a dramaturge in the Krátký film studios, he has written dozens of scripts for legendary films (e.g. The End of the Cube, The Club of the Laid Off), directed films himself and taught at the Film and TV School of the Academy of Performing Arts in Prague where he inspired many animators and historians focusing on animated film. Edgar Dutka is also an acclaimed writer and an important collaborator of Jiři Barta – together they are currently trying to bring the Golem to life.