The first details from the 2020 edition of Anima, Brussels International Animation Film Festival are here.

Over 1,500 films  were received from all over the world to Anima festival (21 Feb - 1 Mar 2020, Flagey, Brussels)  in order to bring you the best showcase of animation possible! Anima will present an international competition of feature films, national and international competitions of short films, retrospective programmes and events. This year, the Festival will also be spotlighting productions from Scandinavia.

The list of selected short films will be announced Friday 6th December.

Futuranima, the not-to-be-missed appointment for industry professionals, is fixed for Monday 23rd to Saturday 28th February, with conferences, masterclasses, meetings, work in progress, and a co-production forum for animated series linking together countries from the North and South of Europe. You'll find more info about this subject on this site.

The poster for 2020 is the work of Pierre Bailly, creator of the crazy little character "Petit Poilu" for whom he has drawn the 22 comic books and co-directed the 78 episodes of the TV series… with the rest now in progress 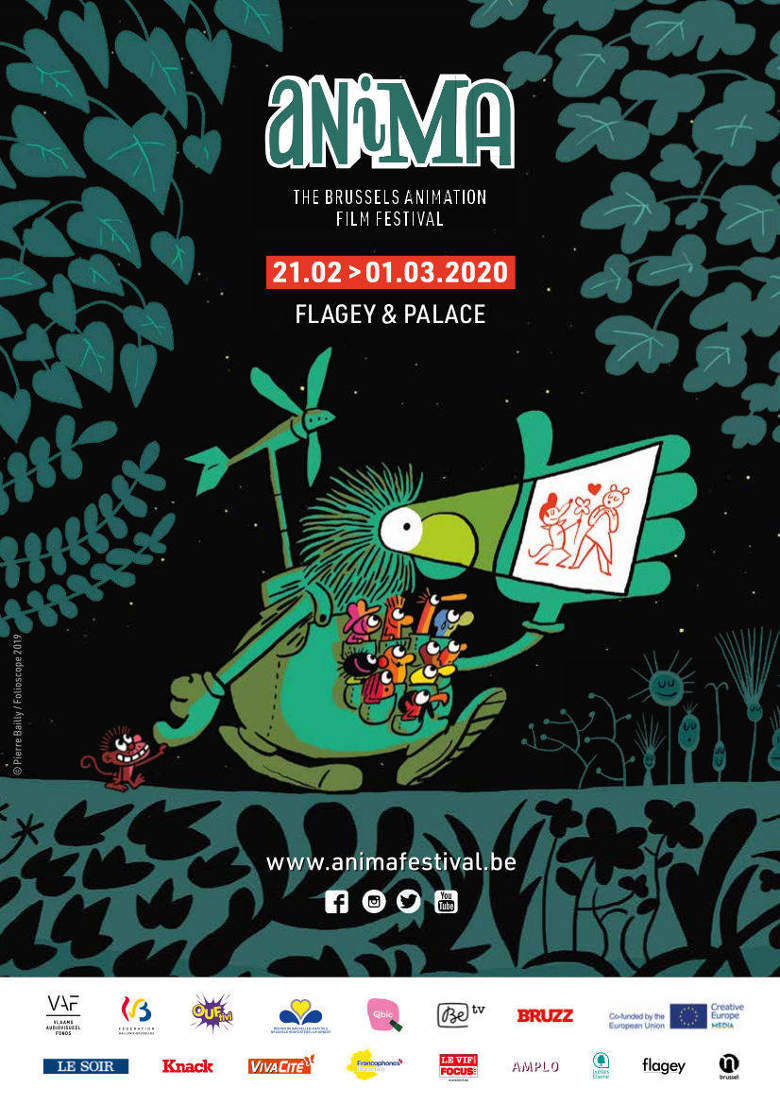 Anima, the Brussels International Animation Film Festival, will be taking place from 21st February to 1st March 2020 at Flagey and at the Palace. Part of the programme will also be presented simultaneously in several towns across Flanders and Wallonia.