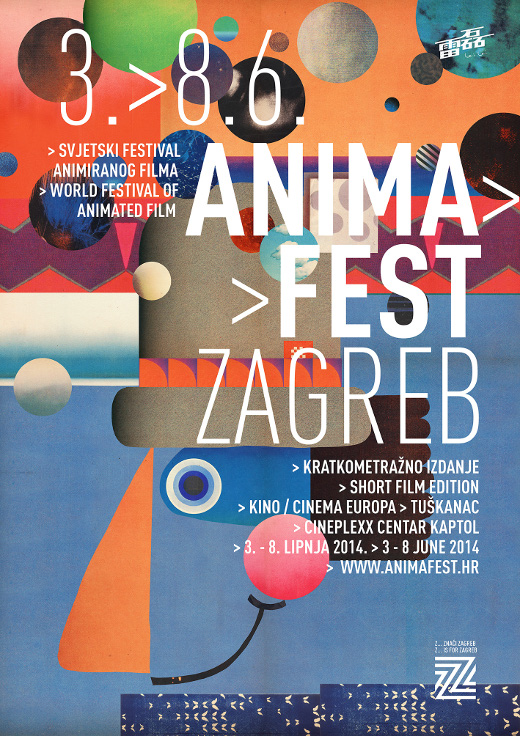 The 24th World Festival of Animated Film (short edition) moves from Russia to China, and enjoys a puppet animation tribute. See more of the celebrated festival and its 2014 edition.

It is unique in focusing exclusively in each edition either in short of feature animated films. 2014 is the shorts edition, and 144 films were selected for this year's Festival competitions and panoramas among 1725 submitted entries from 73 countries.

The winner of the Animafest Grand Prix qualifies for the Academy Award (Oscars) short animation competition.

Šuljić finds that their films, which made it to the international selection, is a proof that local animation maintains a high standard and keeps track with the global scene.

The central thematic programme of Animafest 2014 consists of a large puppet-film retrospective comprising a complete world top list of this technique as selected by 45 leading artists of today, such as the Quay Brothers, Barry Purves, Jiří Barta, Stephan Aubier and Vincent Patar; a panorama of French puppet-film, made in association with the Annecy festival; and a panorama of Croatian puppet film with an accompanying exhibition.

A retrospective of Russian animator Yuri Norstein, creator of the much acclaimed Tale of Tales is scheduled during Animafest 2014, and a Liftetime Achievement award will be bestowed upon him.

The birthday centenary of Norman McLaren, the great innovator of animated and experimental film, will also be celebrated during Animafest with preserved copies of his works, made available thanks to the collaboration with the National Film Board of Canada.

The growth of Chinese animation is represented at Animafest, with films inspired by ancient China and its art Prominent among them is The Banquet of the Concubine which tells the story of love and jealousy, Mahjong which uses the shadow theatre, The Country of Summer Insect (whose style reminds of the 12th and 13th century painting), and Black and White.

The Best Animation School Award will be presented  to London's Royal College of Art (RCA), whose animation department is currently celebrating 25 years of existence. 29 films from its famous history will be screened at Animafest.

The second school Animafest 2014 will specially present is the Hungarian Moholy-Nagy University of Art and Design (MOME). This academy stands out with particular quality of female filmmakers who create visually powerful and impressive works, often abstract in terms of theme. The Moholy-Nagy University will be presented with a total of 10 films.

A novelty of this year's festival is the International Symposium Animafest Scanner 2014 (4-5 June, Školska knjiga's hall, Masaryk Street) which brings to Zagreb the leading animation historians and theoreticians like Marcel Jean, the winner of the Award for Outstanding Contribution to Animation Studies, Giannalberto Bendazzi, the author of the animation "Bible" Cartoons: 100 Years of Cinema Animation, and the leading international theoretician Paul Wells.

Children have their own Children's Film Competition, presided by the children's jury, educational and entertaining workshops of animation techniques mentored by famous animators where the little ones get a unique chance to make their own films.

The traditional Animafest in Your Neighbourhood, aiming to bring animation closer to as many children as possible, includes free screenings at cultural centres located in different neighbourhoods across Zagreb, as selected by media psychologist Martina Peštaj, appropriate for different age groups (4-7, 7-10, 10-14 and 14+).

With a total number of 400 films to be screened at Animafest, there's a bit for everyone. Watch a glimpse of what is to come by the Animafest trailer, designed by Chinese animator Lei Lei . 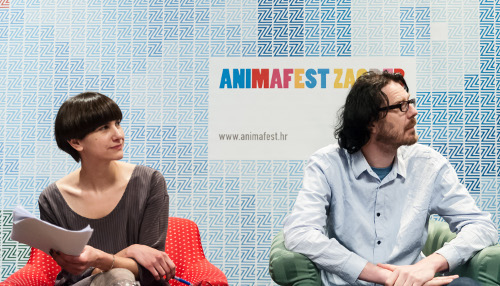