The Annecy Festival and its official BD Fugue bookstore welcomes Jacques Rémy Girerd (Folimage) and Dominique Frot  on Thursday, June 15, 2017 (10:15), for a public reading of a few excerpts from the book writen recently by Jacques Rémy Girerd.

This public reading will be followed by a dedication session.

For those who don't know her from her French cinema achievements, Dominique Frot is also the voice behind JF Laguionie's feature film Louise by the shore (Louise en hiver). See our film review. 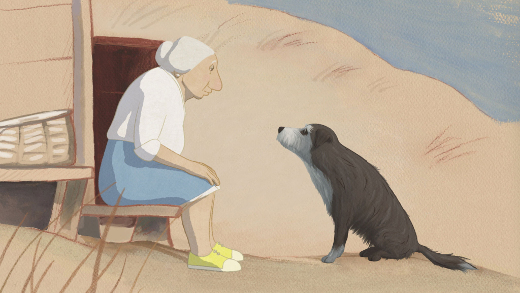