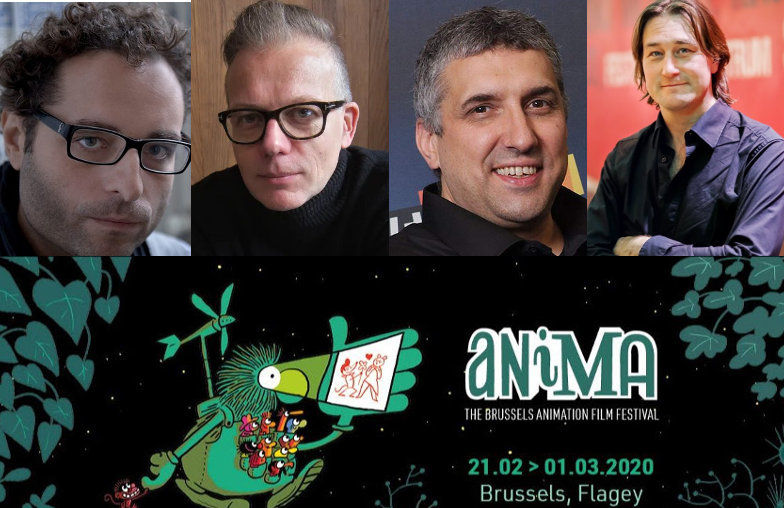 The FUTURANIMA Professional Days 24 to 29 February 2020 at Flagey has secured major independent animation names in its slate.

Tuesday 25 February, Student Day
A chance to discover a remarkable scriptwriting masterclass with Theodore Ushev, who will be talking about the conception of his latest film and Oscar contender, The Physics of Sorrow.  (more info and tickets)

Among other things, you will have the opportunity to meet up with the famous Swedish filmmaker Jonas Odell, who will talk about his brand new studio The Chapel Films as part of the general spotlight on Scandinavian countries.

The founder of Mélusine Production Stéphan Roelants, will be the other big personality of the day. The Luxembourg company is responsible for co-producing (among others) the animation features Ernest & Celestine, The Congress, The Day of the Crows, The Prince's Voyage.

Thursday 27 February will be entirely devoted to comic strips and their adaptation to animation and other new media platforms.

Friday 28 February, Author's Day
Mickael Coedel, the animation virtuoso who has worked on many Hollywood super-productions such as Star Wars and Avengers.

Other conferences are also planned to complete this selection. Full details of the programme will be revealed on 30 January.

Belgian studios are recruiting
Some of the biggest Belgian animation studios will be visiting Futuranima to present future projects and those in progress. These presentations will be followed by a recruitment session for experienced animators, pre-selected for an individual interview. We will also take advantage of the presence of studio professionals for an information session about the intricacies of work contracts, as well as a meeting devoted to VR technology (virtual reality and 360° films) and video games.

ACCREDITATION DETAILS
Anima is offering accreditation for industry professionals as well as animation students at a special price, which will be available from January 2020. Your pass will then give you access to all Festival screenings throughout the 10 days! (except for the opening and closing screenings and the two masterclasses).

Anima 2020 will be in full swing with screenings of getting on for 300 features and short films, including an international competition for feature films, national and international short film competitions, retrospectives, a tribute to the Mélusine studio, a focus on Scandinavian animation, and a host of other events such as the Animated Night, concerts, exhibitions and other entertainmen.

Around fifty international guests are also expected at the Festival Full programme details will be online on 30th January 2020.